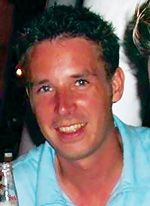 Providenciales, 11 Nov 2014 – A verdict expected in the case of British Quantity Surveyor, Anthony Quinn who was killed on mother’s day 2012, allegedly by two 16 year olds. Now 18, Misael Castillo and Stanford Forbes Jr will hear their fate from a jury; the men are charged with kidnapping and killing 34 year old Quinn who worked for Projetech.

The case has been on for around two weeks and today, a verdict in the murder trial is anticipated. It was also anticipated that yesterday morning the corruption charges trial of former Deputy Commissioner of Police Rodney Adams would have started. It was delayed to today… Adams, who is not on active duty was charged by the Integrity Commission on five charges related to Adams’ alleged conduct during a police investigation of the murder of Kaziah Burke, in which his son was a suspect.

Adams is alleged to have performed his duties in a public body for the purpose of obtaining a benefit for another person sometime between April 13 and May 24, 2013. Again, his trial is on the docket for today now, Rodney Adams is represented by Ariel and Jamal Misick of Misick and Stanbrook Law Firm.