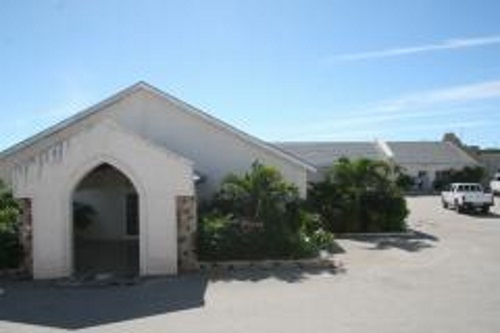 Providenciales, 7 Nov 2014 – As children we sang a little rhyme that said boys were made of snakes and snails and puppy dog tails… these days, educators are far more careful about what they put into the minds of little men… Community Christian Academy this week invested time to promote a positive self-image with Boys Week.

The school, which this week welcomed in Pastor Pedro Williams and speaker Almando Rigby from the Jericho Baptist Church also held an etiquette lunch, a career day, a speech competition, devotions today by George Ellis and tonight… well, there is a Boys to Men concert at the church on Leeward Highway (across from Nell’s). Educators at Community Christian shared: “In today’s society many of our boys are not performing as expected. We continue to see a decline in their academic performance and in the stance they take socially.

Consequently, we came to the conclusion that immediate action needs to be taken to put our boys back in their rightful place in society. As a Christian society, we live by the principles of the Bible, which says that the man is the head of the house. Ultimately, we work towards this end.” Six men were also set up as examples for the boys, including: Pastor Bradley Handfield, Martin Luther King Jr., President Barrack Obama, Dr. Ben Carson, Abraham Lincoln, Nelson Mandela, Harold Charles and JAGS McCartney.