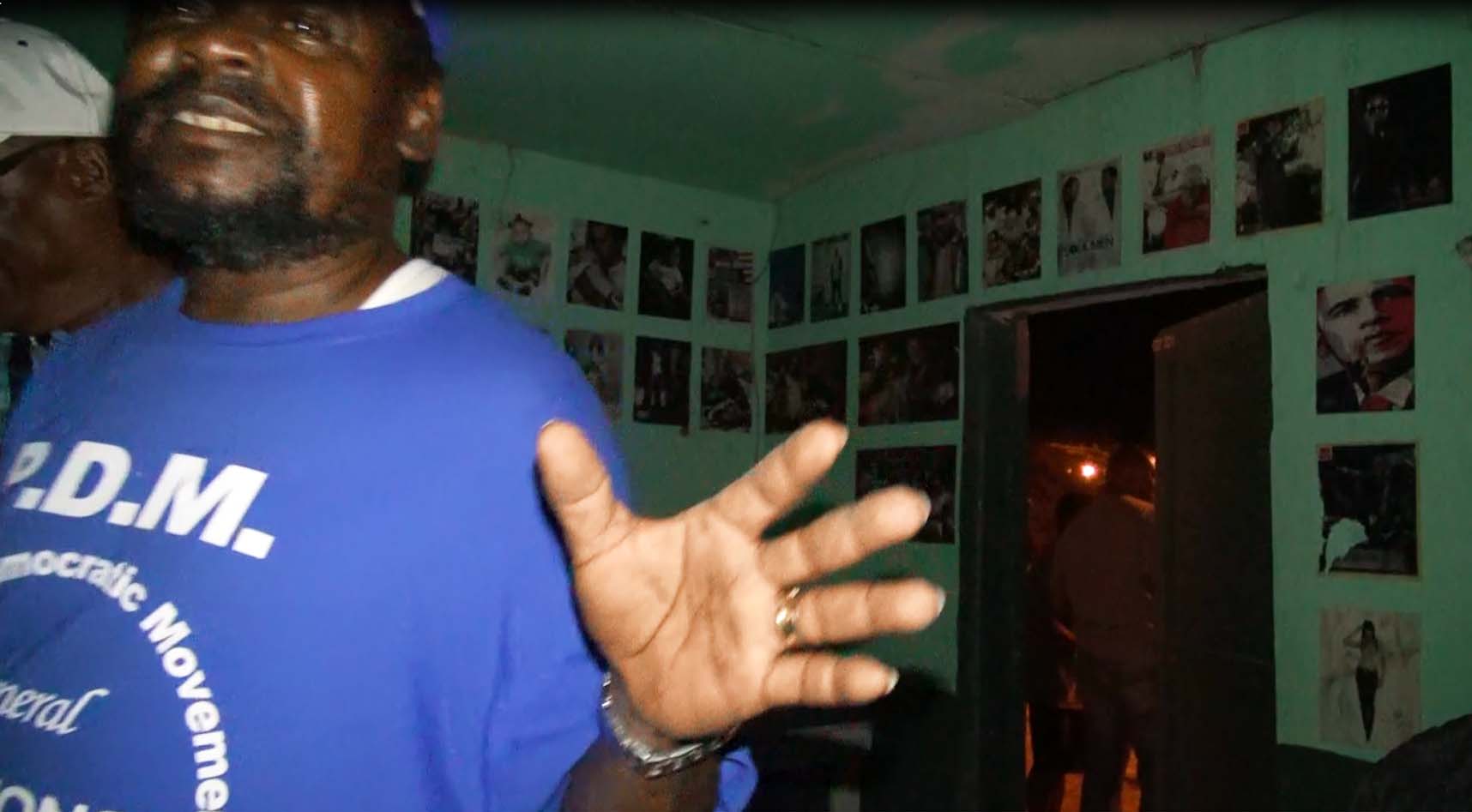 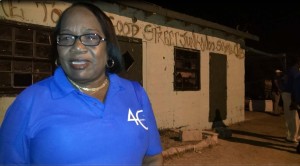 Providenciales, 10 Jun 2015 – The door was flung open, the way was cleared and the curious filed in to see what was left of the inside of the famous Junkanoo Club on Goode Street in Grand Turk. The site, built in the early 1970s and where political talks birthed the People’s Democratic Movement and ushered in deeper democracy for the Turks and Caicos has held up well over the years. PDM Leader, Sharlene Robinson said there are serious talks underway to elevate the status of the spot, which is still owned by the McCartneys.

Hon. Sharlene Robinson: “Absolutely, absolutely and I am so happy again that the McCartney Family has decided to create a museum and certainly his tomb, his site, the memorial site. That is one thing as party leader I am going to be pushing for because there is no way on my watch, that the young people will not know the history of this man and this movement and not appreciate the lives and the sacrificial service that were laid on the line and the persons who died fighting for a better Turks and Caicos.”
Rev Terrance Smith was there in 1975 when the ‘incident’ involving a gun battle standoff with what were called, ‘oppressive’ and ‘victimizing’ members of the Police Force took place.
Deandrea Hamilton: Were you scared, what was the mood like on the inside of the building?
Terrance Smith: “Never was afraid in my whole life, ain’t never been afraid of nothing; never.”
Deandrea Hamilton: Police are shooting at you…
Terrance Smith: “Yes but we’re shooting too. Best man win. We were never afraid of the police, the police were afraid of us and that was the problem.”

Smith, who remains the party’s chaplain after the weekend convention, was joined by others from that era, including women; we spoke to Rosabelle Adams who with baby in her arms stood watch outside on that fateful night June 6, 1975.

“They told JAGS to let him go, JAGS said not until I get what I want for my people. They reported it to the Governor and the Governor came down here and he stood right over there and talked to JAGS. He (Governor Arthur Watson) sent to call JAGS, but JAGS told him (the Goveror) he must come to him; so he came to JAGS and JAGS told him that he wouldn’t let Commissioner Blaze go until he got what he wanted for his people. Now there were other people here in the Junkanoo, but they came of their own free will.”

The story goes that JAGS, a cool-headed, determined strategist etched his demands on bits of paper, invited the Governor to come to his turf for negotiations and finally saw the demands of the people acquiesced to – the British warship retreated, an inquiry found the police officers who were from the Eastern Caribbean guilty of firing first in the standoff and by 1976, James Alexander George Smith McCartney was elected the country’s first Chief Minister. A powerful story… as for what was inside the Junkanoo Club when we went in on the 40th anniversary over the weekend; a combination of things old and new, more like a storage space now, pretty much forgotten despite its heavy history, with one token of those times still handing on the wall, a dart board which the likes of Charlie Garland, also a part of the JAGS era believes may have been from the hay day of the club. You can see our One Caribbean TV news report; go to MagneticMediaTV.com