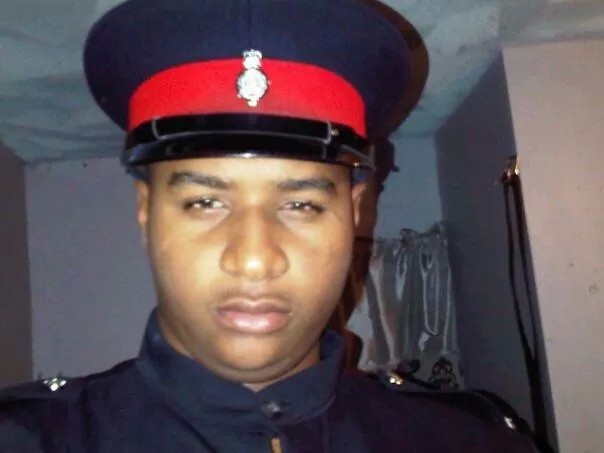 Providenciales, 7 Nov 2014 – Police Officer Mikhail Hinson is a free man this evening… the 24 year old was being held on five counts of arson in the case where one of the new Police jeeps was torched along with four other cars and the Chalk Sound station back door.

The case said to be with insufficient evidence to go any further with the matter against Hinson, who had been held since late September — initially in Provo and then he was on remand at Her Majesty’s Prison in Grand Turk. No word yet on his status with the Police Force. Hinson had been suspended for his alleged role in the five fires and this loss for the prosecutor and the police means it is back to square one for the investigation. The public was enraged at the boldness of the incident and destruction of the car and then at the allegation that a police officer was believed responsible.

Many thought the case was a slam dunk. Hinson was represented by attorney Ashwood Forbes.