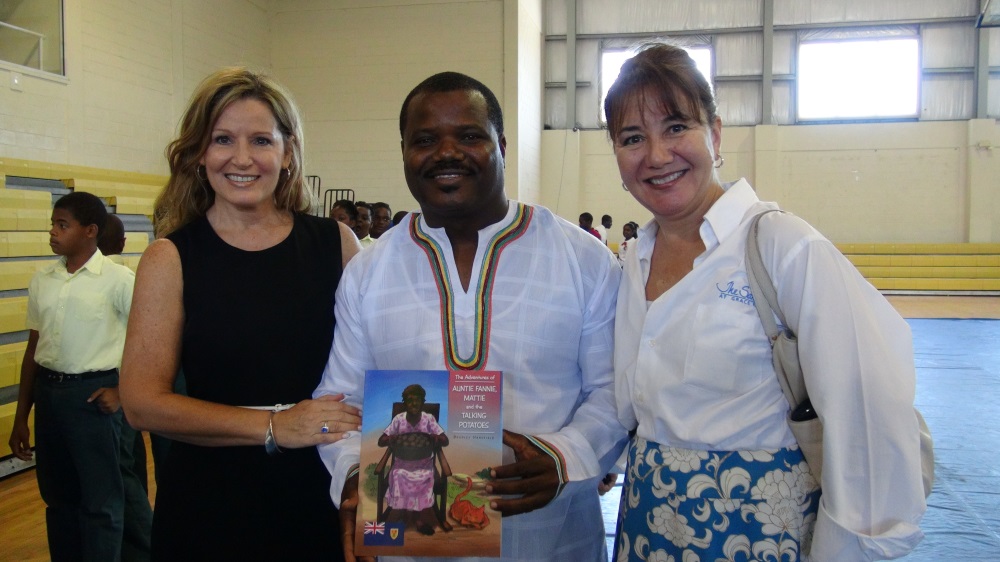 Providenciales, 31 Dec 2015 – The sentiments echoing in comments connected to the sudden death of Derrick Quant on holiday Monday in a traffic accident come at a time of year when there is much reflection – where people look back as they look forward toward the coming year.

On this New Year’s Eve there will be parties and thousands will also flock to church services; in the case of the latter, it is often to hear a motivating message as we transition from old year to new year.

One Pastor shared that the year 2015 has been one of stretching; Pastor Bradley Handfield, who in 2015 launched a new book Auntie Fannie Maddie & the Talking Potatoes, also had some downs as he officiated the funeral services of the 3 year old who drowned, the young man shot by Police in Five Cays and a 12 year old student of TCIPS who died suddenly – in his end of year message likened the stretching to the childhood toy of a sling shot.

‘Pulled,’ he said, long and taut as the precursor for the Lord God propelling one, rapidly and further into a more purposeful future.

Tomorrow, January 1st is also a public holiday…..schools, banks and government offices open for business as usual on Monday January 4, 2016.