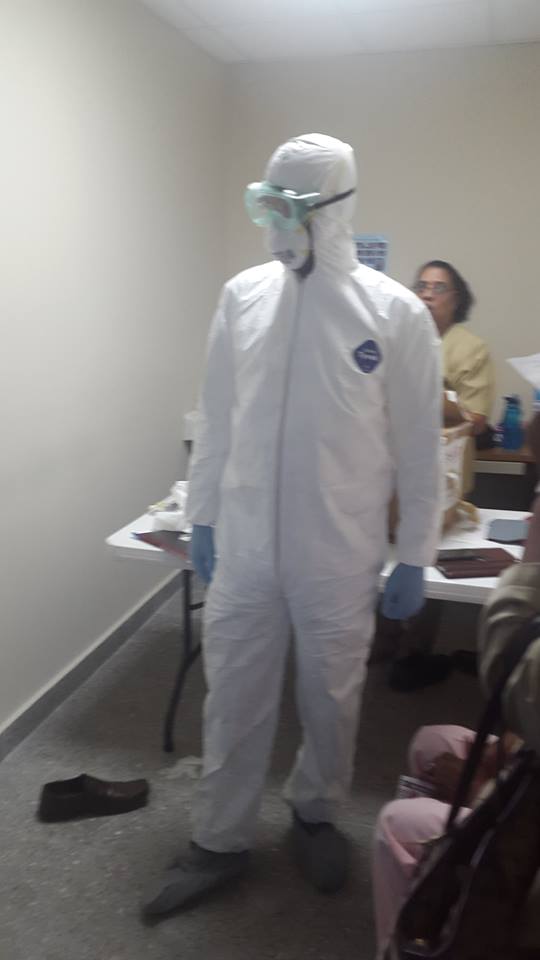 Providenciales, 20 Oct 2014 – Body temperature screening of all arriving passengers at the Providenciales International Airport began since yesterday; a strong measure now in place by the TCI Government to ward off the EVD, or the Ebola Virus Disease. Photos showing screening of Ebola on the Office of the Premier’s FB page reveal leaders were present for the demonstration last week including the Premier, the Health Minister, Deputy Governor and the Border Control Minister.

Over the weekend there were test drills and simulations of what a triage set up at the Provo International might look like and how it would effectively function in the event of a suspected Ebola case. Not only were supplies reportedly assessed, but protective gear was tried on and the full scale non-contact infrared laser thermometers to check body temperature of all arriving passengers, are operational.

Many Caribbean countries, including the TCI have enacted travel bans from Ebola affected countries.