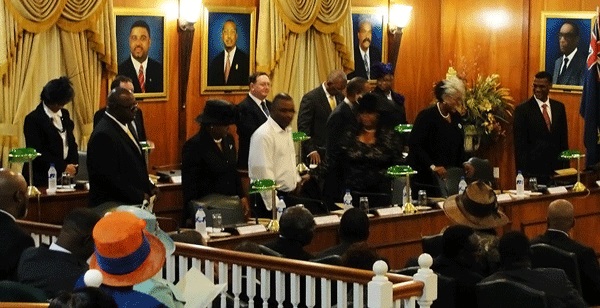 Providenciales, 23 Sept 2015 – Nearly one thousand people took part in the consultations on the Immigration and Turks and Caicos Islander Status Bills 2015; this according to the Ministry of Border Control and Employment in a press release.

It was revealed that 550 individuals participated in the online survey through emails and written submissions, while 305 people attended the public meetings. Government officials called this the most recent comprehensive overhaul of TCI Immigration laws since 1992.

Now that both bills have been passed in the House of Assembly, Minister of Border Control and Employment Don Hue Gardiner said: “These Bills will improve the lives of Turks and Caicos Islanders by ensuring greater opportunities for employment as well as upward mobility on the job for our people.”

“In addition, the Bills contain provisions to ensure that new comers to our shores who comply with the rules are treated fairly.”

The new laws will be implemented after a period of training, public education and resourcing of personnel and equipment. More than 75 amendments were made to the Turks and Caicos Islander status Bill and over 100 changes were applied to the Immigration Bill; both of which have been passed despite public objection.