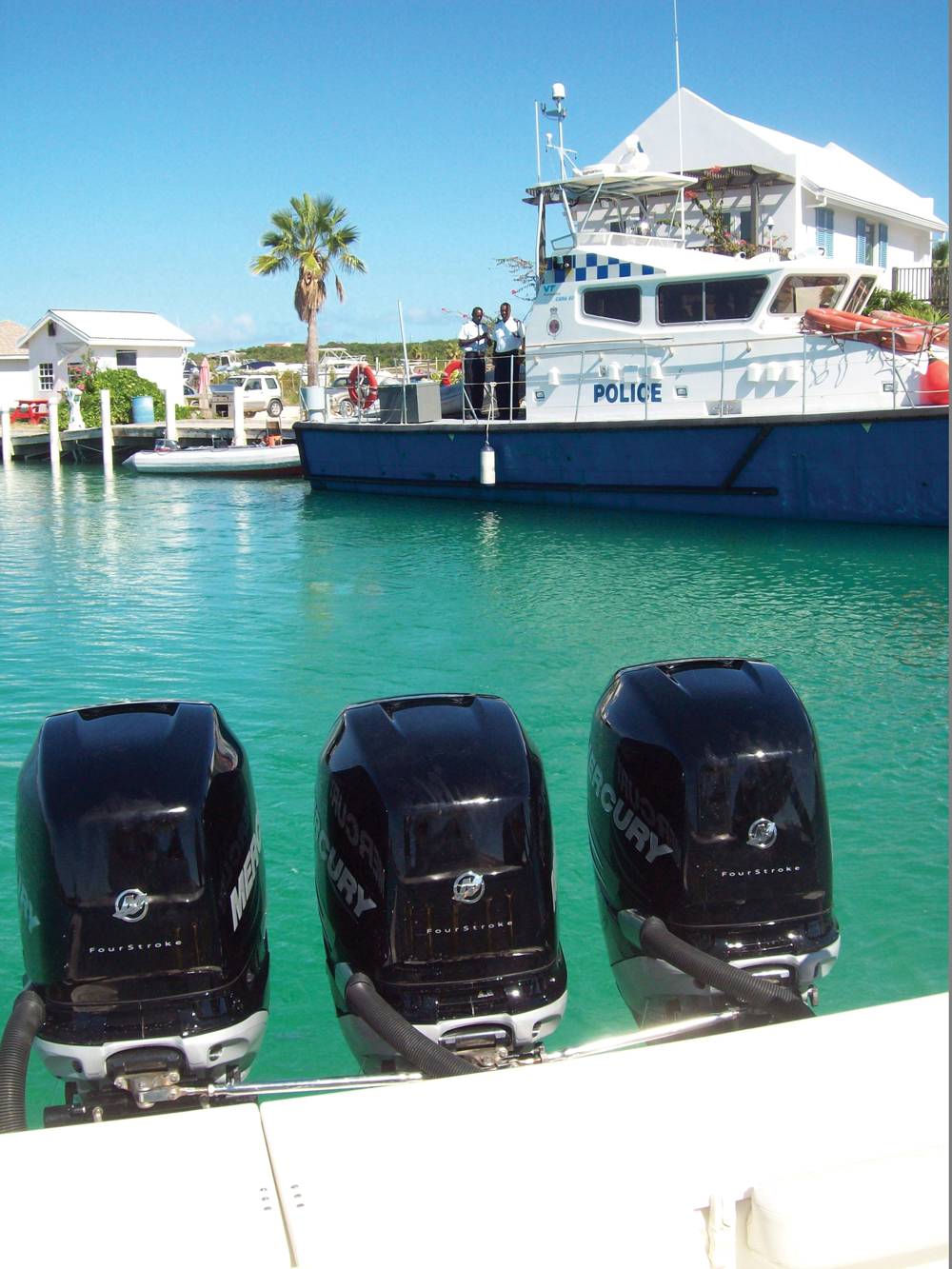 Turks & Caicos, 04 Oct 2014 – A PTV8 tip was followed up by Magnetic Media and we can confirm that a tourist couple and three crew of the MV Sea of Love yacht are shaken but safe after their yacht early this morning got stuck on the often infamous, Molasses Reef.

The 73-75ft vessel is foreign owned and operated and was departing Provo after a stay; it was berthed at Southside Marina. The Sea of Love was headed to the Dominican Republic next, according to our sources. The couple is booked at a resort here after the early morning SOS made to the Coastal Radar and rescue operation by Marine Police.

Local mariner, Harold Walkins is assisting with now getting the boat off the reef.

The area may also be deemed a crime scene eventually; Fisheries Dept is en route to the spot to determine if there is damage. Time will tell if charges will be levelled at the boat owner, whose nationality we were unable to ascertain at this time.