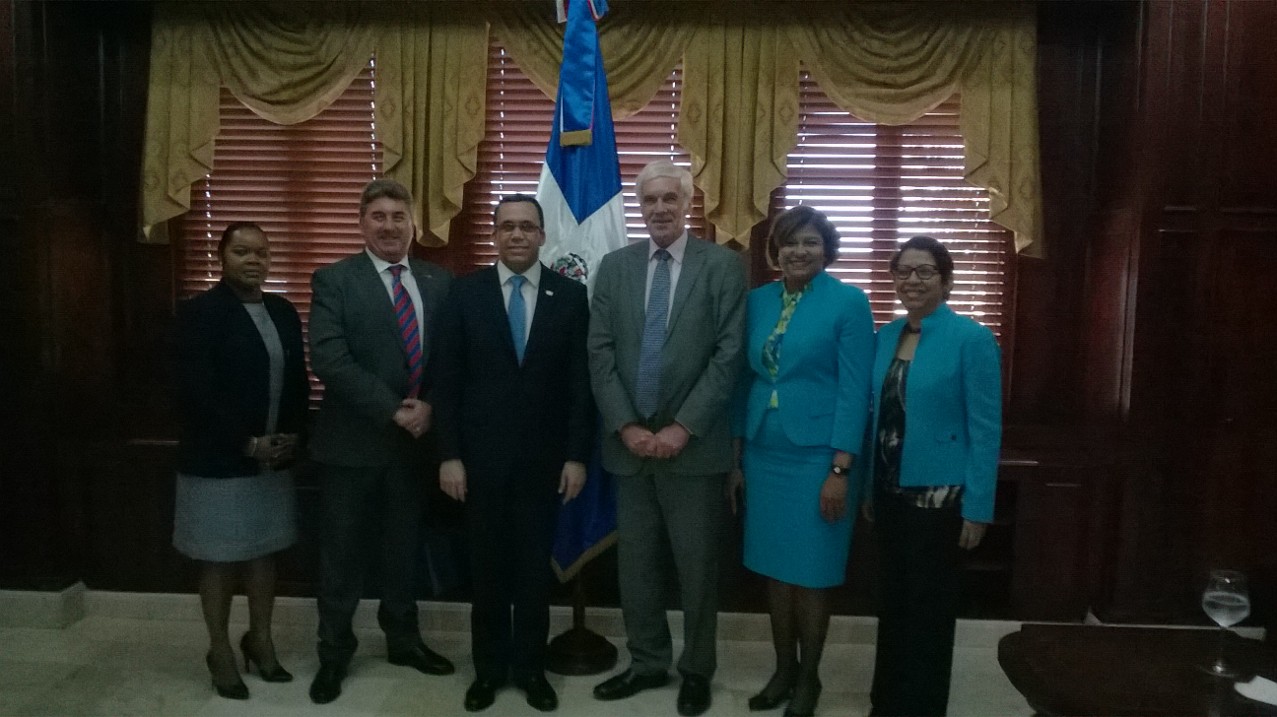 Providenciales, 16 Feb 2016 – There are 4,000 registered Dominicans resident in the Turks and Caicos according to officials, so it is no wonder the government of that country wants to set up a consulate office here.

His Excellency, Peter Beckingham and Clara Gardiner, the Permanent Secretary for Border Control are just returned from high level talks in Santo Domingo, Dominican Republic where six benchmarks were agreed upon.

The media release said, one that the DR expressed a wish to open a full time Consulate in The Turks and Caicos Islands. That two; the Foreign Minister and Governor noted the increasing number of arrests of Dominican fishermen operating illegally within TCI Waters. They agreed that it was important to prevent this activity, both sides are open to a dialogue and the possibility of co-operation between the DR’s navy and the TCI’s police force.

The third stride is that both leaders noted the likelihood of illegal human trafficking between the two countries, and agreed to beef up efforts to stop this.

As a fourth desired measure, both the TCI and the DR agree on the prospects for more trade and investment between the two countries, including possibly in construction materials and processing, as well as direct investment in the tourism sector, and the services sector.

The fifth is that the DR Foreign Minister wants to visit the Turks and Caicos, possibly with a small business delegation and sixth on the list is that ongoing row over maritime demarcation issues.

His Excellency Beckingham reports that the Dom Rep continues to seek a consensus among relevant bodies about this issue. It was noted in the meeting too that InterCaribbean Airways has proven a valuable airline partner between the TCI and the Dominican Republic.

Emergency action in Grand Turk due to sea surges