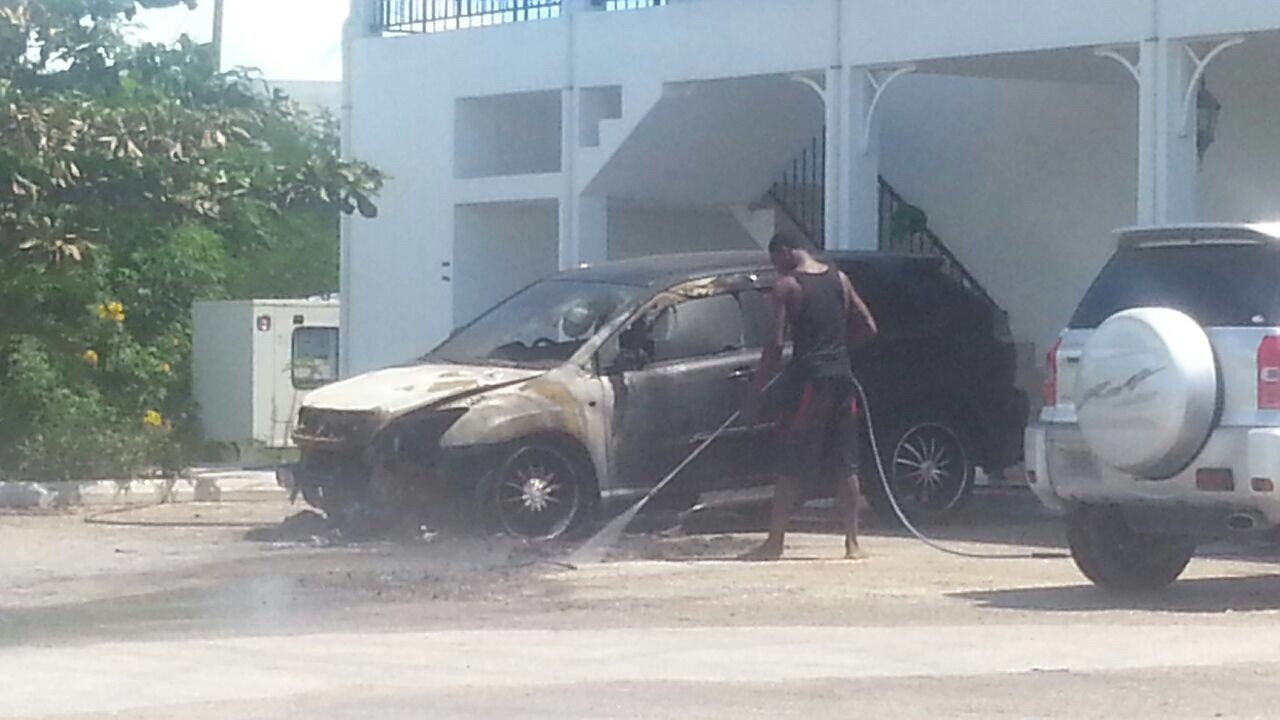 Providenciales, 27 Sept 2014 – Reports are it is a member of the Force believed to be behind the fires which ravaged the new police jeep — Once again swift action, this time in the investigation of the Friday morning arson attack at the Chalk Sound police station.

Four vehicles were destroyed, along with station’s back door.

Reports were the suspect was taken into custody yesterday (Friday). We learn that it is a police officer who will be formally charged in the shocking crime.

With the arraignment of this police officer, this will be the second member of the RTCIPF to be criminally charged this week.