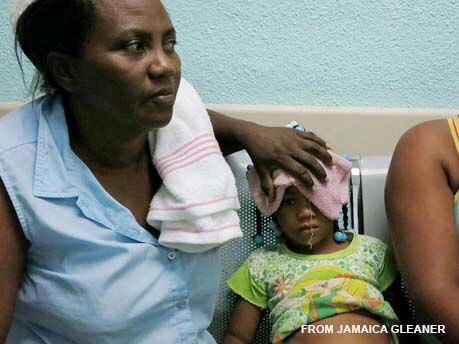 September 27, 2014 — While the Turks and Caicos Health Department remains tight lipped on the newest numbers for confirmed or suspected cases of Chikungunya Virus in the country, a nearby nation has seen its official Opposition Party announce that ChikV is now a “full blown epidemic” in that country.

Jamaica’s shadow minister for health, Dr Kenneth Baugh (JLP) said the government was out of touch with the seriousness of Chikungunya and now the country is battling the mosquito borne virus which has surged in spread.  Magnetic Media was this weekend informed that there is now at least one death in Jamaica being blamed on ChikV.

Meanwhile CARPHA continues to report figures that are out-dated for member countries, explaining in a recent news story that many nations are not reporting.  Our newsroom has confirmed at least three new or suspected new cases of ChikV in Provo, yet and despite weeks and weeks of requests in writing, by calling and even to the Office of the Premier; health and government officials are not forthcoming about current figures, especially important in the aftermath of severe flooding caused by August’s TS Cristobal.

Media is however being told regularly of other health initiatives which the Ministry wants news organizations to help it promote.  I recently pointed out to the Premier this often lopsided relationship between media and government.

Monday is World Heart Day… October is Breast Cancer Awareness Month and this October the country will also mark Caribbean Wellness Day with the Corporate Games.  All of which are important health programs, which media enthusiastically promotes and covers. However also important is public awareness.  With nations like the Bahamas charting 83 confirmed cases, Haiti with a shocking 64,695 suspected cases,  the DR with a staggering 486,306 suspected cases on record and now Jamaica with 194 suspected cases (all from CARPHA as of September 22) … it is important for the general public to get an update on ongoing preventative initiatives by Health and cases recorded.

Caricom recently announced a seminar aimed at coping with both Chikungunya and Ebola, as fears about their threat to the region escalate.