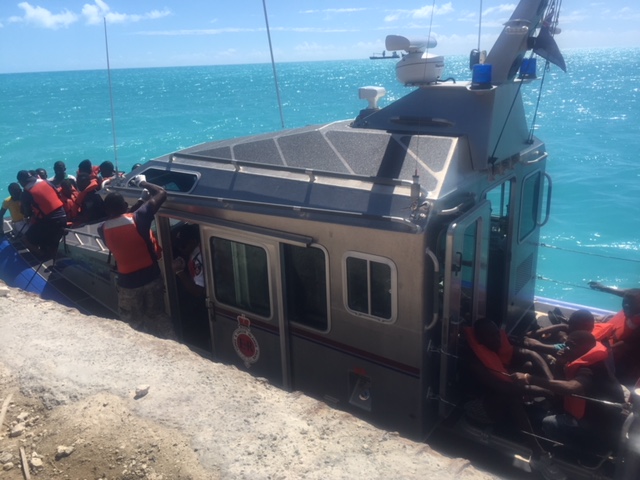 Providenciales, Turks and Caicos – February 7, 2018 – Over half a million dollars in additional spending for repatriation costs linked to illegal migrants was being discussed in the House of Assembly in Grand Turk just as a new group of Haitians were intercepted in Turks and Caicos waters.

Police report that 98 Haitians were intercepted on Tuesday and brought into South Dock in order to be processed, detained and sent back home – all at the expense of TCI tax payers in the name of border protection.

The group of 83 males and 15 females were discovered in the West Bluff area off Providenciales and brought to the island by Police boat, where they were turned over to Immigration Officials. 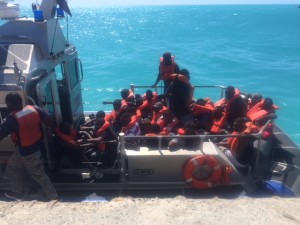 At the time of the capture and detention of the migrants on Tuesday afternoon, Deputy Premier and Border Control Minister, Sean Astwood was almost simultaneously reporting that his ministry required an additional spending of $600,000 to pay for the surge in expenditure related to illegal migrants.  The surplus, he said, caused cuts to other areas of his ministry and the public sector as a whole. 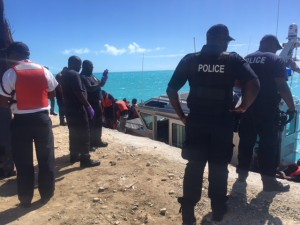 In January it was reported by the Ministry of Border Control and Employment that 1,400 illegal migrants were repatriated up to December 31, 2017 and that by that time, the country – with three months left in its fiscal year – had exhausted the budget of $770,000 earmarked for repatriation exercises.

The Police have asked for information related to this latest apprehension.