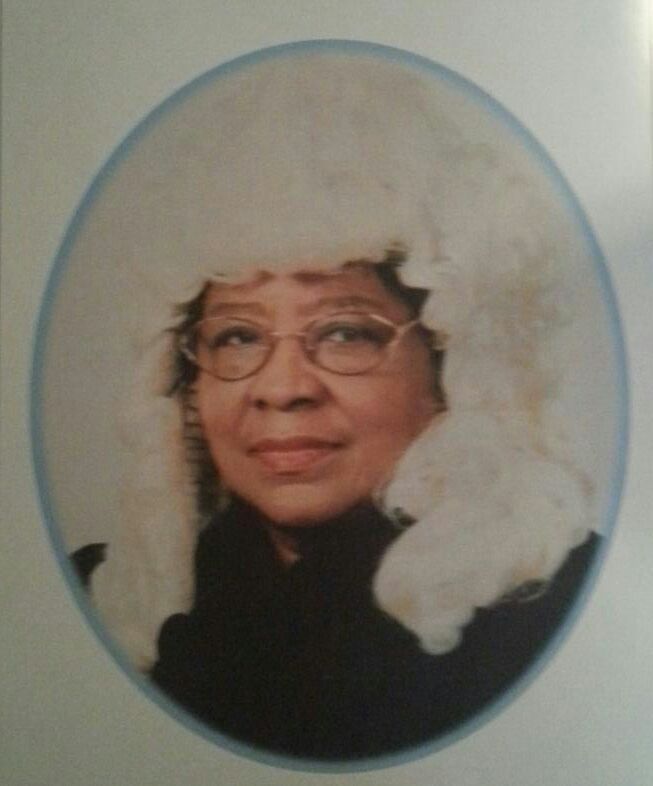 Providenciales, 05 Feb 2015 – In an unparalleled ceremony which has the entire nation buzzing, the former speaker of the House of Assembly for the Turks and Caicos from 1991-1993 will be laid to rest following a State Funeral set to begin promptly at 10am this morning at the Down Town Ball Park.

It has been a long journey home for Dr. Rosie, who died on January 10th, 2015 at Doctor’s Hospital in The Bahamas due to complications from a series of heart attacks. Close friends told us she was singing Gospel songs just days before; that Dr. Rosita who had been hospitalized for quite some time was, as they put it, ‘ready’. Today we will see just how ready family and friends are to say goodbye to the Matriarch of the Butterfield Clan.

A regal send off from The Bahamas, a Parliamentary sized welcomed in Grand Turk, three days of lying in state between the Capital and Providenciales, a memorial service last night and today an historic happening; the country’s first modern day State Funeral where it appears no holds have been barred.

When Magnetic Media visited the site late yesterday, we learned there is seating capacity for likely 5,000 people; around half of them will be under tents or on the actual field, the remainder will take the stands. There are areas designated as special for the Nurses Association; Dr. Rosita was a career nurse delivering some 103 babies and earning scores of awards over the years for her prowess in the medical field. There is a special section for high ranking Civil Servants and for Civic Organizations and Invited Guests.

Dr. Rosita’s grandson, CEO of Royelle Communications, Courtney Robinson gave us a site tour and explained there are tents for media interviews, early arriving guests including the elderly and very comfortable seating for the family which will fill the tent, set up at the heart of the service.

Current and Former Members of Parliament have designated spots and seating will be managed by a team of ushers and protocol officers. The Royal Turks and Caicos Islands Police Force will escort the body of Hon. Dr. Rosita Butterfield from Faith Tabernacle Center this morning; taking it to the Ball Park for the State Funeral. Yesterday, we caught them in practice where we learned as many as 70 members of the Force are likely to participate in the procession to and fro.

Today, all Public Sector workers have the day off; this means among other things, government schools are closed.

Officiating the Service will be Rev. Emanuel Rigby, Rev. Julia Williams and Bishop VG Clarke. Organist is Craig Archibold; with singing and music by the reunited Turks and Caicos Mass Choir and the Royal Turks and Caicos Islands Police Force Band; and Corey’s Funeral Chapel is directing the State Funeral.

The Governor, HE Peter Beckingham and Leader of the Opposition, Sharlene Robinson will both read scripture. The Obituary of the late Dr. Rosita Butterfield, a founding member of the now governing Progressive National Party will be read by current party leader and Premier, Hon Dr Rufus Ewing. A Reflection on the Life and Times of the CEO of Butterfield Gold Group of Companies will come from Speaker of the House, Hon Robert Hall with the Eulogy by Bishop VG Clarke and Prayer for the Family by Father Bernard Been.

The interment Service will take place at the grounds of Faith Tabernacle, where a brand new Butterfield Mausoleum is expected to be completed. The work on the mausoleum was commissioned by Dr. Rosie’s husband: Hon. Dr. Albray Butterfield Sr. about ten days ago.

At the site there will be the National Anthem, Fanfare of Trumpets, Gun Salute and Flag Ceremony. Rev. Emanuel Rigby will commit her body with the final hymn being: “I will meet you in the Morning”.

Hon. Dr. Rosita Butterfield leaves behind her husband, four children, 16 grandchildren, three great grandchildren, a sister and brother and scores of nieces and nephews, close friends and loved ones. She is a pioneer in Parliament as the first woman elected to serve for her home settlement of Kew in North Caicos.

Dr. Rosie, as she is affectionately called has sworn in Governors, welcomed royalty with an address to HRH Prince Philip, Duke of Edinburgh; hosted country leaders including the late Sir Lynden Pindling of The Bahamas and was in 1992 bestowed the honor of Member of the British Empire, MBE, by Queen Elizabeth II.

This lady has preached God’s word, taught school curricula, chaired board meetings, paid off debt, supplied scholarships and added to the infrastructure of communities. As with any life, she has fostered true friendships and made some people quite mad with her decisions over time.

With her passing, a lot of wide ranging emotions and feelings and opinions have emerged; and MM has found an overarching view of Rosie Beatrice Missick Butterfield from Kew, North Caicos is that she was and is a nation builder, worthy of a grand farewell.… perhaps, even the status of a National Hero.