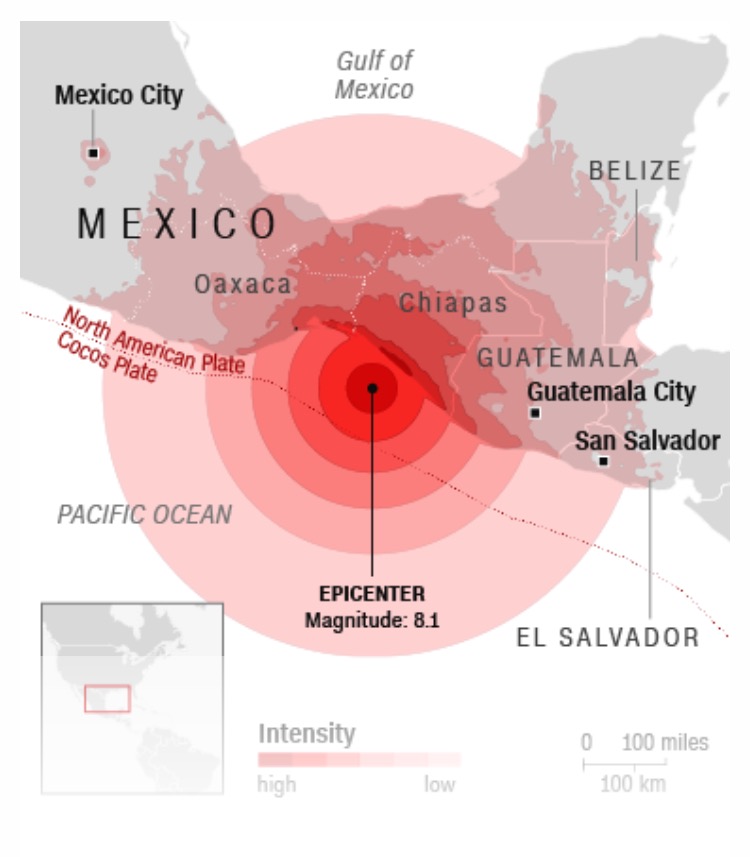 According to reports, this is the first earthquake in over 100 years to hit the nation of Mexico and was felt by approximately 50 million people. It hit off the coast of Southwestern Mexico and its monstrous tremors sent thousands of people into frenzy.

Around midnight, hundreds of residents and visitors were seen fleeing the streets as they hid for cover while buildings, trees and tall structures got damaged. Magnetic Media also received reports that many roofs collapsed; walls were cracked, countless alarms were triggered off and residents got buried under rubble.

The quake was felt as far away as Mexico City, which is more than 60miles from the epicenter. The effects of the earthquake were also felt in neighboring Guatemala, which resulted in at least one confirmed death, and houses located along the Mexican border were leveled.

The earthquake also triggered a tsunami with one wave hitting Mexico coming in at 3 feet. According to the National Weather Service’s Pacific Tsunami Warning Center, Tsunami waves taller than 10feet could hit the coast of Mexico, while 3 feet waves could reach as far as Ecuador, New Zealand and Vanuatu.

President of Mexico, Enrique Peña Nieto said that aftershocks were of greater concern than the waves generated from the earthquake itself. Already, residents have confirmed that they felt three aftershocks.