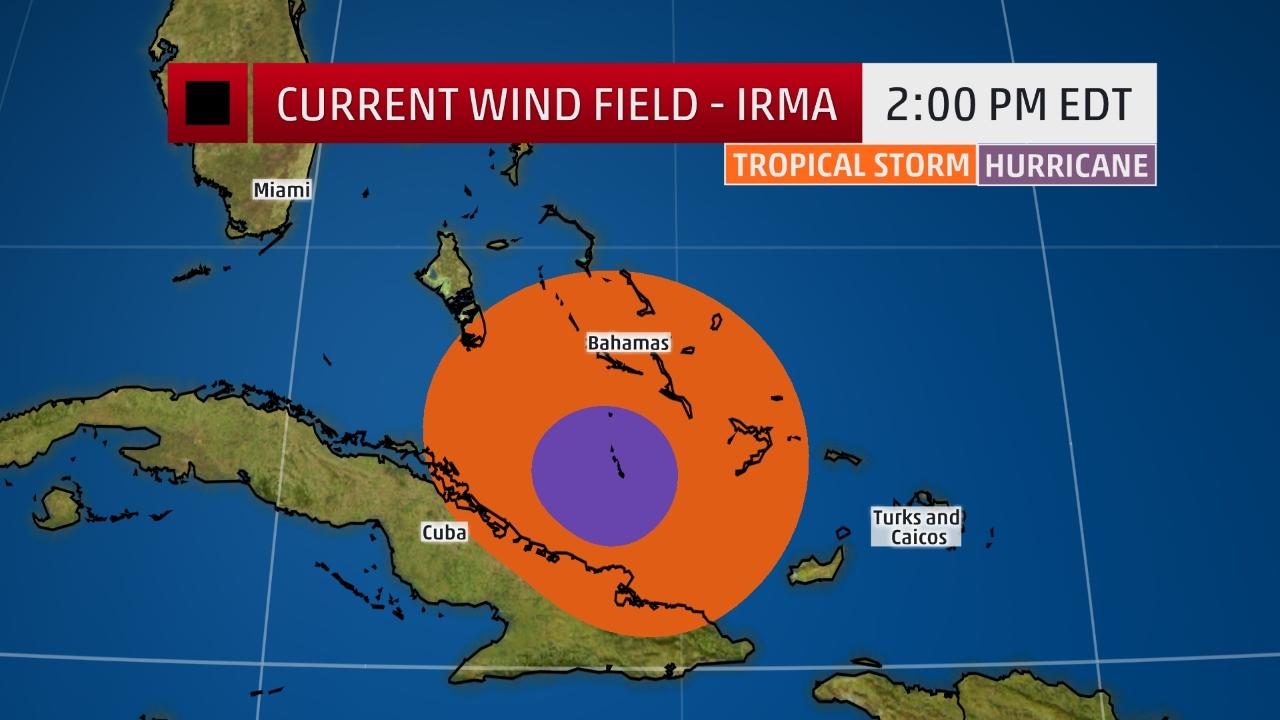 Bahamas, September 8th, 2017 – Nassau – Hurricane Irma may have been downgraded to a category 4 hurricane, however, Bahamians are still preparing for the worst. “Do not, I repeat, do not go outside during the hurricane for any reason. Do not take any risks including going outdoors to take photos during the hurricane.” This was one of the final warnings from Prime Minister Hubert Minnis during a press conference held today, as Hurricane Irma arrived to the Bahamas.

At present, the hurricane is moving westward over parts of Cuba and the central Bahamas. At 2pm today, the National Hurricane Center gave an official update that Hurricane Irma registered maximum sustained winds at 155mph.

The Prime Minister also made a special plea to the residents of West End in Grand Bahama, urging them to relocate as soon as possible, as this flood-prone area is expected to receive the majority of damages when hit by Hurricane Irma.

Minnis said, “I urge the residents of West End not to delay. Please, please, move now! Do not try to ride out the hurricane. You may put your life and that of your loved ones at risk.” Magnetic Media also understand that West End is under threat of sea surges and flooding which poses a direct threat to life.

Additionally, the Prime Minister called for residents living near the coast to move to higher ground inland as the met office predicted Hurricane Irma would create a combination of dangerous storm surge and large destructive waves. This in turn can potentially raise water levels by as much as 15-20 feet above the normal tide.

In the nationally broadcasted press conference Minnis also made sure to thank members of the opposition, NEMA, the meteorological office, law enforcement officers, social services and all those providing and assisting with shelters for all that they’ve done thus far in preparation of Hurricane Irma.

After Hurricane Irma passes the Bahamas, Prime Minister Minnis promised the nation that he will provide a report of damages caused and more importantly “every effort will be made to bring relief and recovery.”