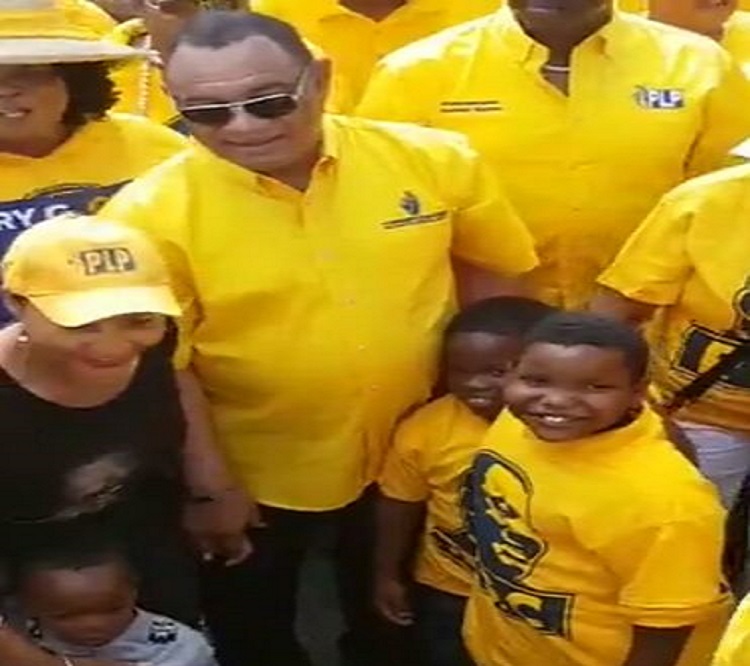 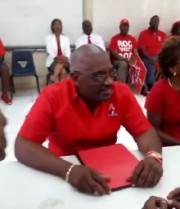 Bahamas, April 20, 2017 – Grand Bahama – You would think Junkanoo Carnival has come early, but no, its Nomination day in Bahamas.   The major party leaders filed their papers just between 10 and 11 this morning. All three parties flanked by their candidates and donned in their colours made their way in a parade fashion.

Loud music trucks, blaring horns and bands could be heard blaring junkanoo music as party leaders and their supporters in the background as they made their way to the centres.  First to cast his papers was Free National Movement party, Dr. Hubert Minnis who was flanked by his wife Patricia, who counted the $400 deposit as she made the payment to the presiding officer.

It was a sea of gold as Prime Minister, Perry Christie of the PLP made his way to the nomination centre. He also had his wife Bernadette by his side, the two holding hands all the way to the Presiding officer’s desk, with their papers filed at around 10.32 this morning. 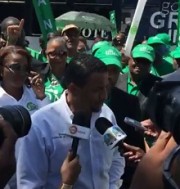 But it was DNA Candidate, Branville McCartney who walked with ‘Go Green Crew’ to the tune of Michael Jackson’s ‘Man in the Mirror’, promising the change needed in Bahamas. McCartney filed his papers in Bamboo town, where his candidates were all present to lend support.

Nomination Centres were open from 9am to 12pm across the Bahamas.