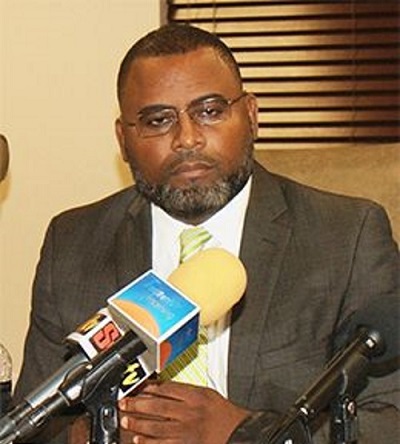 Turks and Caicos, March 2, 2017 – Providenciales – The One Stop Shop concept was a multi-million dollar failure; realized by the former PNP Government which scrapped the plan – at some point during its administration – after it was clearly not working; that shocking announcement came today as the Premier and Finance Minister, Hon Sharlene Robinson sat with media to update on a number of national issues.

“The One Stop shop was cancelled; we’ve put in place a customer service center under the former administration and under this administration we’re actually strengthening the customer service center and we’ve been getting some good reports.  A bright young man has come into the Public Service, new staff as well in terms of their functions and what we are working on, this new government, is the back office function and making sure the services are delivered in a time friendly way.”

Premier Robinson committed her PDM Team to continuing to work the plan of reform which will be funded through the EDF 10 program; the good news is that although 90% of the EDF 10 money is spent, there is enough left to get systems within the Border control ministry percolating right.

“The Minister of Border Control, Deputy Premier will be delighted to give you some wonderful news from his Ministry in terms of the computerization of the department which will only enhance.  We will say to you that about 90% of the EDF fund or the program has been completed, and what is outstanding is that exact area – Immigration and Work permits and we are going to continue working so that we can benefit…”

EDF 10 was announced by former Finance Minister, Washington Misick in August 2013 as a $15 million European Union grant given to the Turks and Caicos Islands to support a transformation in business operations of Government.

Branville McCartney resigns from The Senate