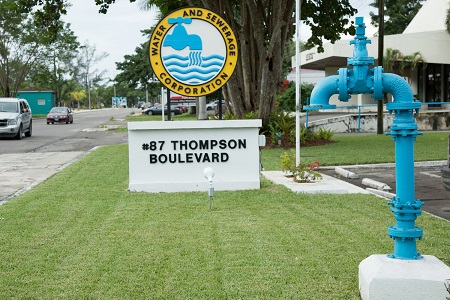 Bahamas, March 2, 2017 – Nassau – After a batch of reports tabled in the House of Assembly today, Bahamians serviced by the Water and Sewerage Corporation could be looking at higher fees for potable water to their homes; the Corporation is costing operating $147 million in the red.

The deficit was revealed in reports from 2012 to 2015 and they indicate that while there has been some gains, the losses are tremendous and attributing, it is believed to a tax that on potable water that is just too low.

Baker Tilley Gomez prepared the audits tabled by leader of Government Business in the House of Assembly, Dr Bernard Nottage who said there has not been a tax increase since 1999; 18 years ago.  While the WSC argues that day to day expenses financially outweigh day to day earnings, they have been growing in staff at the company.

The Bahamas Government with tax payers money subsidizes the entity and in 2015, that figure is listed as over $24 million 684 thousand dollars.  Add to this, the WSC says people are not paying their water bills.