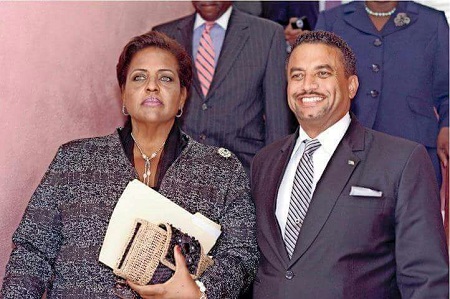 I accepted with the understanding that the Democratic National Alliance was separate and apart from any other opposition force, but would lend its voice, ideas and strength in official opposition to this failed Christie administration.

Let the record reflect that when the electorate called for a more pragmatic opposition, the DNA was the first and only party to answer.  However, today I informed Her Excellency the Governor General that I am resigning my Senate post with immediate effect.  The leader of the official opposition has, unfortunately, only sown seeds of confusion since assuming her post, bringing no real leadership or focused ideas to the fore.   As leader of the DNA, in consultation with the executives of the party, I feel that we must now divest ourselves of the farce that has become the official opposition and fully direct our efforts to securing victory in the next general election.

Famed U.S. Astronaut Chris Hadfield once said leadership is not about glorious crowning acts.   It’s about “keeping your team focused on a goal and motivated to do their best to achieve it, especially when the stakes are high and the consequences really matter.”  By this standard, there currently exists no opposition party or personality in the House of Assembly that exemplifies the traits of true leadership.  Change clearly will not come from within; to that end we must continue our mission to affect change from outside Parliament until elections are held.

The Bahamian people deserve better, and better is in your DNA.   May God protect and keep the Commonwealth of The Bahamas.