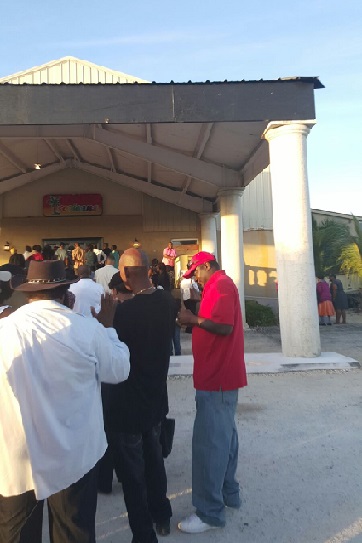 Providenciales, TCI, December 15, 2016 – Voter interest and excitement is characterized as high with scores showing up to the polls early to cast their votes for their favorite six to serve in the Turks and Caicos House of Assembly; there will ultimately be 15 elected representatives.   Magnetic Media has reports of long lines in Five Cays and the Bight.

While the news out of Five Cays is that the flow is smooth and it has helped to have both the Enid Capron Primary School and Felix Morely Community Center as voting places for the electors in southern Provo, or ED#9; the news from The Bight is different. 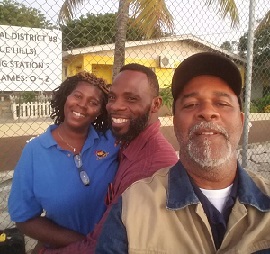 Tropicana Plaza is where voters are making their choices in the Bight, but there was a 45 minute delay in the polling station opening.  It caused some frustration, understandably for voters who expected the polling station to begin allowing electors in at 7am sharp.

Magnetic Media spoke to the Campaign Manager of the PDM and the National Chairman of the PNP.   Royal Robinson (PNP) said while he is glad that nobody left The Bight due to the very late start, he was disappointed that the start-up was slow.  Robinson said, reports to him were that all polling places were a little late in getting going but the Bight was extreme.

The PNP Chairman reminded that polls must be open 12 hours and any time lost at the start must be given at the end, so that means the Bight will not close for voting until 7:45 pm according to the Ordinance, he says.   “It is important that that information gets out, so that voters know they can still come to vote in The Bight even after 7 p.m.”

PDM Campaign Manager, Dwayne Taylor gave us the report on Five Cays and Chalk Sound district and also said their party incumbents will vote later today, the Party Leader, Sharlene Robinson left Provo this morning because she will cast her ballot in Grand Turk South, or Electoral District #2.  The PNP party incumbents will vote early and will later work in their polling stations to be a part of the count or tally process.

One of the 893 Blue Hills voters said he was done in 3 to 4 minutes with the process of voting, and all agreed that the ballots are clear for electors in this unprecedented election where as many as 52 names appear for the 15 seats.