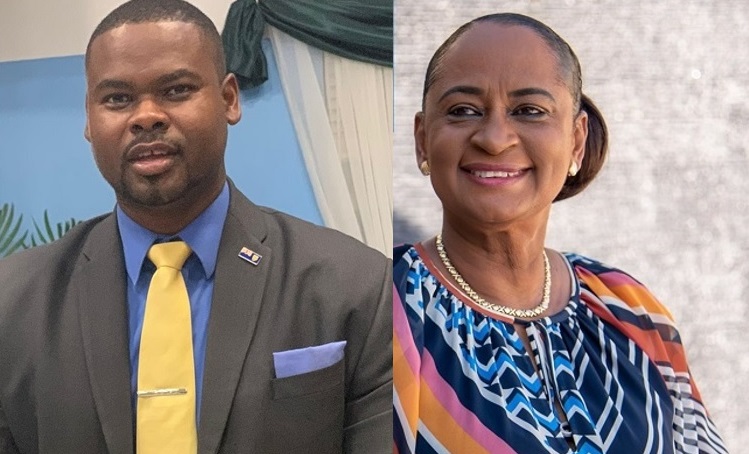 #TurksandCaicos, June 10, 2021 – Two All Island Candidates got more votes than the final, official results showed and while this will not change the outcome of the general election, it does change how each person finished historically.  Both Jamell Robinson, an all island candidate on the PNP ticket and Karen Malcolm, an all island candidate for the PDM have moved up in placement because a block of voters were left out and off of their final tally.  This was concluded by Justice Carlos Simons, QC who accepted the request of the Governor to review the complaints of not one, but two candidates from the February 19 national poll.

“…His Excellency the Governor asked me to undertake this effort. Summarizing his email correspondence of 26 April and surrounding conversations, he noted the key objectives to be: a) Maintaining public confidence in the accuracy of the electoral process; b) Understanding the details that underpin Hon. Robinson’s complaint and whether and what remedy is/was available, and if there were courses of action open to him under the Ordinance that he could or should have utilized to ensure that this late challenge was not needed; and c) Produce a Report on this basis or any other basis necessary as befitting a matter touching and concerning the Constitution and the democratic process. 10. A day later His Excellency brought to my attention a similar complaint from Hon. Karen Malcolm and asked that I widen the scope of my inquiry to include that, to which I agreed,” outlined Simons in his report, which was made public on June 8, 2021.

Justice Simons said Turks and Caicos was fortunate, this time around that the discrepancies in tallies for the concerned candidates did not change the overall election results, but strongly advises that changes be made and recommendations taken on how to ensure this never happens again.

“We are lucky that in neither case was the diminishment of votes sufficient to affect the overall result of the election for either candidate or for their Parties. And in the absence of any evidence of fraud, it seems to me the proper response would be to see how the system can be made less vulnerable such human errors in the future. Before we go there however, I have been asked to consider what remedies the candidates might have availed themselves of under the Ordinance.”

Simons, a former candidate himself said what was most bothersome to him was that voters who would have wanted their voice to be heard in their selection of a candidate would have been missed out, had the candidates not questioned their individual and cumulative results.

“The entitlement to vote is provided for by s. 55 (5) of the Constitution and s. 10 of the Ordinance. The issue in play in both cases here is important because each miscounted vote, or uncounted vote represents a denial, or at least a distortion of the electors’ right to choose their representatives in the House of Assembly. The fact that the numbers by which the votes of these two candidates were under reported were not sufficient to affect the overall outcome is not relevant to this fundamental consideration.”

In the case of Karen Malcolm, who was on her second run as an at large candidate; her final results after ballot counting left out all of the people who voted for her in North and Middle Caicos or ED4.  All 39 of the votes cast were left off the tally.  It takes her from the recorded 2,491 votes nationally to 2,530; she finishes in sixth place and as the top performing People’s Democratic Movement candidate; a step up from second.

In the case of Jamell Robinson, he was shorted 82 votes and the shortfall came in The Bight, ED6.  It makes Robinson, as he had claimed, the second best performing candidate not just for the Progressive National Party but overall; falling second to Washington Misick, with his now confirmed 3,500 votes.

The Governor in releasing the full report concludes that he accepts the findings and conclusions; explaining Justice Simons did the work pro bono.

“I accept all of his conclusions and recommendations as do the Candidates and the Supervisor of Elections.

Of importance to the two ‘All Island Candidates’, and to those who voted for them in two electoral districts, Justice Simons concludes that: Honourable Jamell Robinson and Honourable Karen Malcolm both polled more votes in ED6 and ED4 respectively than were recorded in the final election results.  The accompanying conclusion is also important because had those additional votes impacted the election results, then the impact would be significant.  That conclusion is however that the number of votes made no difference to the election result, in either case,” said the Governor in his statement on the Election Discrepancies Report.

Suggestions have been made by both Robinson and Malcolm on what “guard-rails” could be established to avoid any repeat and “These improvements will therefore be incorporated by the Supervisor of Elections in future elections,” advised Governor Dakin.

The Governor reiterated, there was no election fraud and that electoral law is uninterested in the ranking of the five all island candidates; only that the top five finishers be counted as members of the House of Assembly and in this case, fortunately, all five of them are.

“In terms of whether the official election result – in terms of numbers polled – can be retrospectively changed, the answer is that it cannot. As far as electoral law is concerned, the Ordinance is entirely uninterested in the relative ranking of ‘All Island Candidates’ save to say they are either in the top five, or they are not.  They win or they lose. They gain a place in the House of Assembly or they do not.  While Justice Simons does not say it, the fact that such rankings may or may not be important in terms of internal party considerations, is not the concern of the law nor, therefore, the Supervisor of Elections or the Courts who must be guided by it. Justice Simons explains in his report the error made no difference to the election result, and that is all the Elections Ordinance seeks to achieve,” explained HE Nigel Dakin in his June 8 statement.