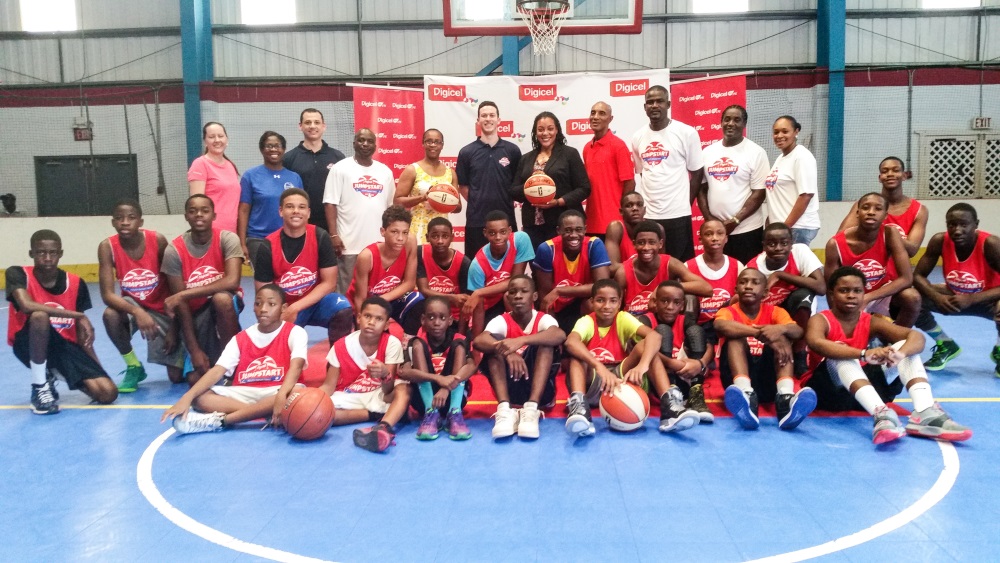 Providenciales, TCI, September 6, 2016 – Digicel will this Friday officially launch, for the second year running, its Jumpstart program.   It is a sport initiative tailored to the Caribbean in partnership with the NBA.

Takara Bain, Head of Marketing for Digicel TCI said: “We are excited to be hosting the Digicel Jumpstart programme here once again. This is part of Digicel’s continuing commitment to nurturing and developing sports in the TCI …”
The Jumpstart Clinic is set for this weekend Sept. 9th-11th, and Digicel says it will play host to the hoop dreams of 60 players – boys and girls.
Last year’s clinic saw Wilkins Sylvain, Shadarno Clarke, Karl Shand Jr., Brendan Handfield and Willcan Seymour move on to the Elite Camp in Trinidad and Tobago, with Clarke being the first player selected to the top 8 for the NBA NYC Experience. Ten clinics are being held Caribbean-wide by Digicel and the NBA.