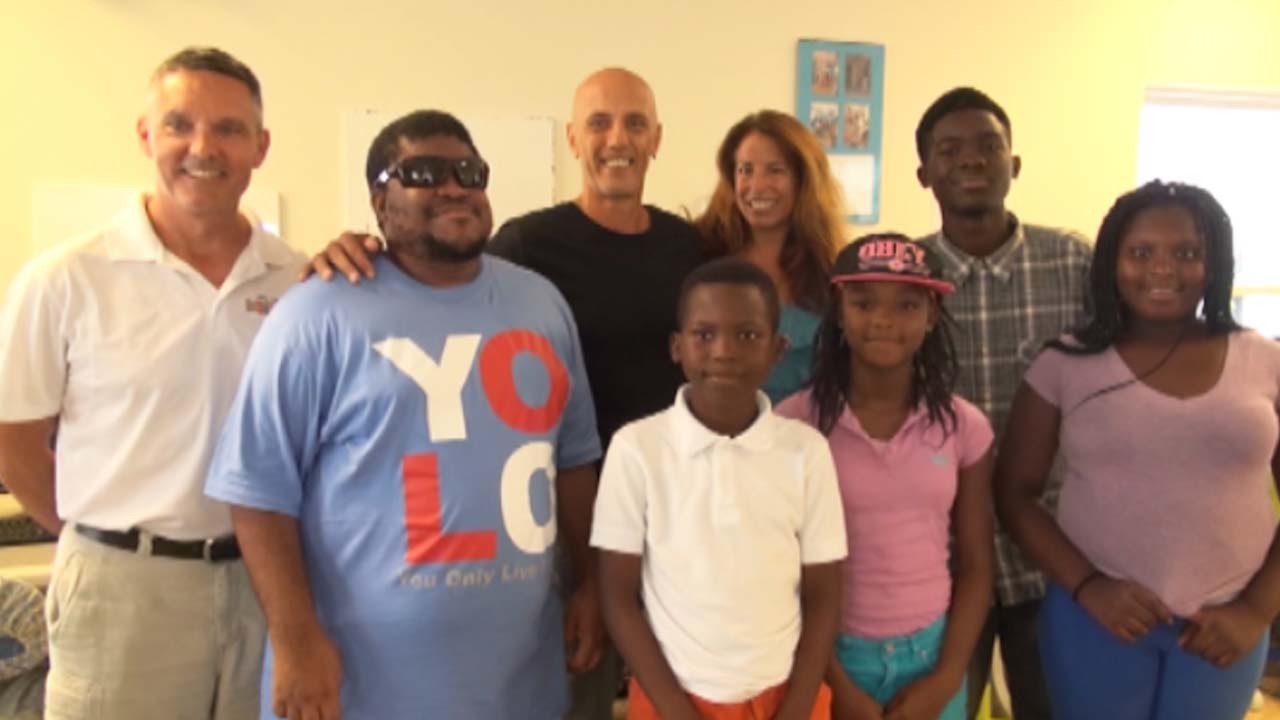 Providenciales, TCI, September 6, 2016 – Summer break is over for students as the first day back to school for many was marked yesterday and over the break, Magnetic Media met some really cool kids who participated in a DJ Summer camp which also reaped a pretty penny for the Edward Gartland Youth Center.
Caribbean House Evolution Experience and John Sivalas hosted the event.
“I feel that everywhere I go I want to make it more accessible to everyone, but as a base of house music, that we can maybe mix it up and make our own Caribbean house music that doesn’t really exist anywhere.”  – John Sivalas
Somewhere Café on the Beach, was the grounds for the grand finale, where the junior DJ winner got to execute her skills; 10 year old Faith spoke to us at the cheque presentation.
“Hi, my name is Faith, and I like performing because it was actually my first time d-jaying for real.  And it was actually very fun, i’ve never gotten an opportunity like that before.”   – Faith
It was a cheque for $7,500 and was presented to Roxanne Wake Forbes, Director of the Youth Center by Ted Bayley of Somewhere and on behalf of Caribbean House Evolution.
“I want to thank the kids from the youth center for coming and participating each of the last two years, it’s been wonderful having them on board.   As Mr. Sivalas commented, Somewhere’s Cafe’s goal like his is to bring all communities together.”  – Ted Bayley
It is a great story and you can see more of it in our new season of Turquoise Morning which begins in a few weeks.