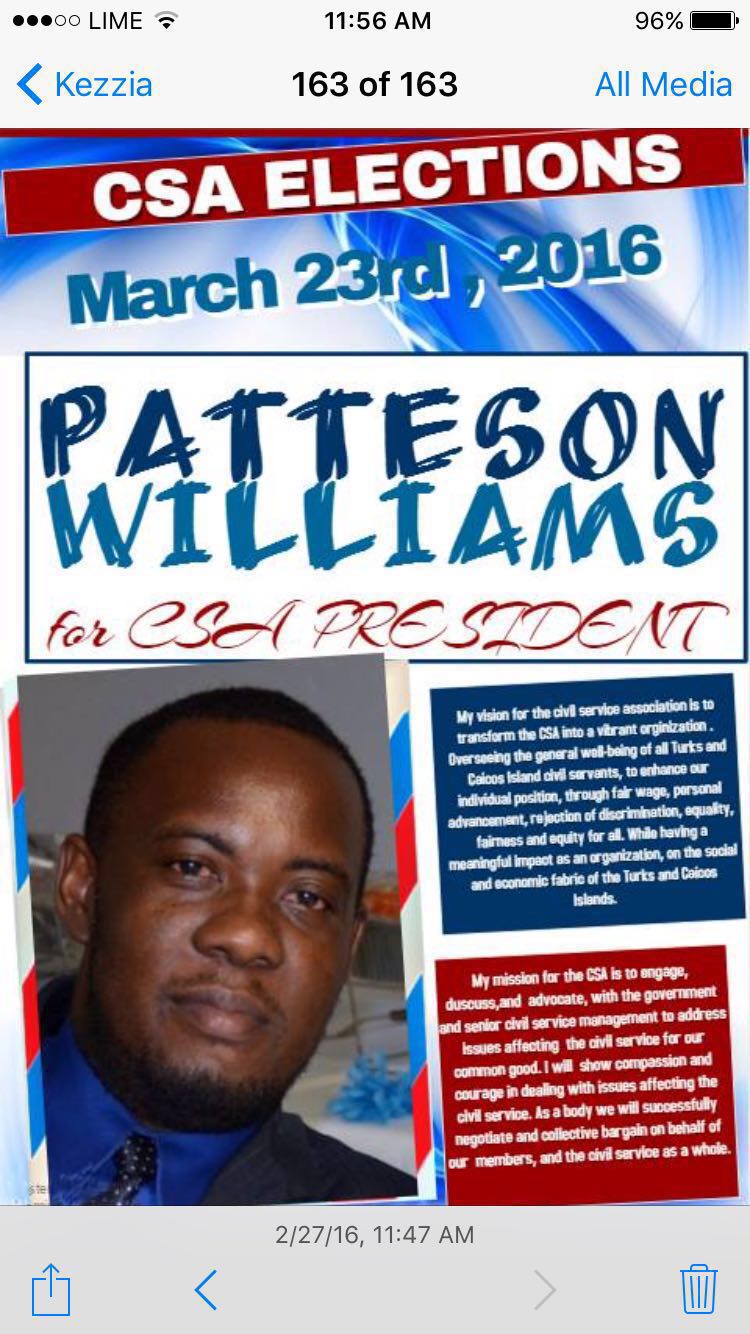 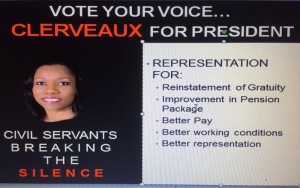 Providenciales, 09 Mar 2016 – A press conference today (Mar 9) will officially reveal the four nominees for the upcoming Civil Servants Association elections. There are two in the presidential race and two in the race for VP of the CSA.

Dr. Virginia Clerveaux is the Director of the Disaster Management & Emergencies and Patterson Williams is in the IT Department of TCIG.

Working for Statistics is Vershina Forbes, also a former government worker on Salt Cay and the second VP nominee is a teacher at the HJ Robinson High, Temard Butterfield; both have offered and been accepted for the Vice President position.

The election was originally announced for March 23, now, Magnetic Media has learned that it is set for April 7, 2016.