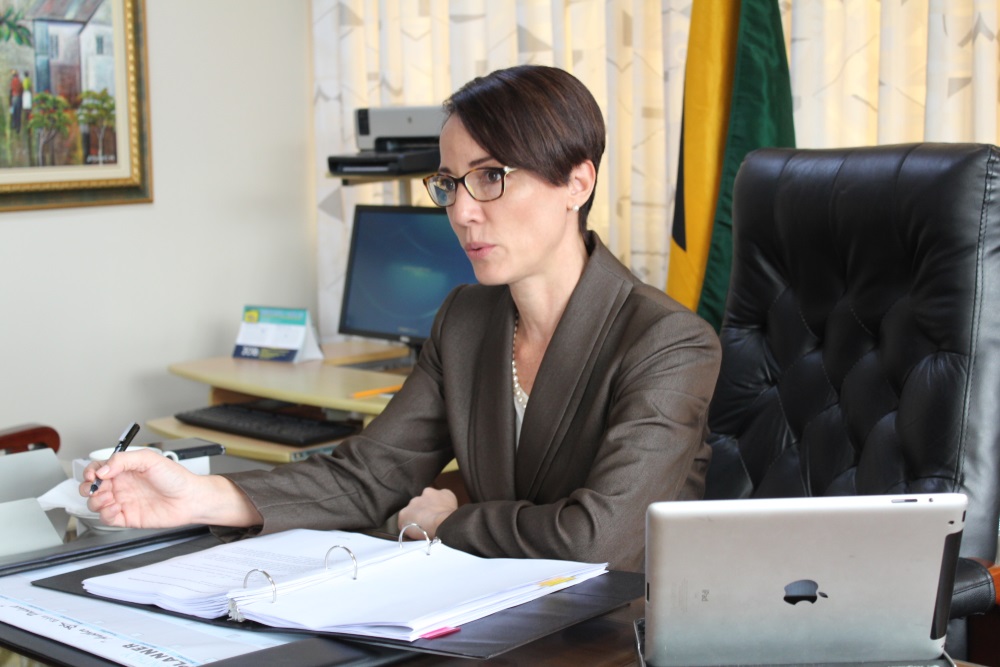 Minister Johnson Smith, who has a first degree in French and International Relations, an LL.B degree from the University of the West Indies and a degree in Commercial Law from the London School of Economics and Political Science, is also the first Foreign Minister to be born after Jamaica’s Independence in 1962.

In a news release, it was revealed that the Minister was welcomed by Ambassador Paul Robotham, Permanent Secretary of the Ministry and Mrs. Patricia Rodney Evering, Director of Protocol, before being introduced to each department and its staff.