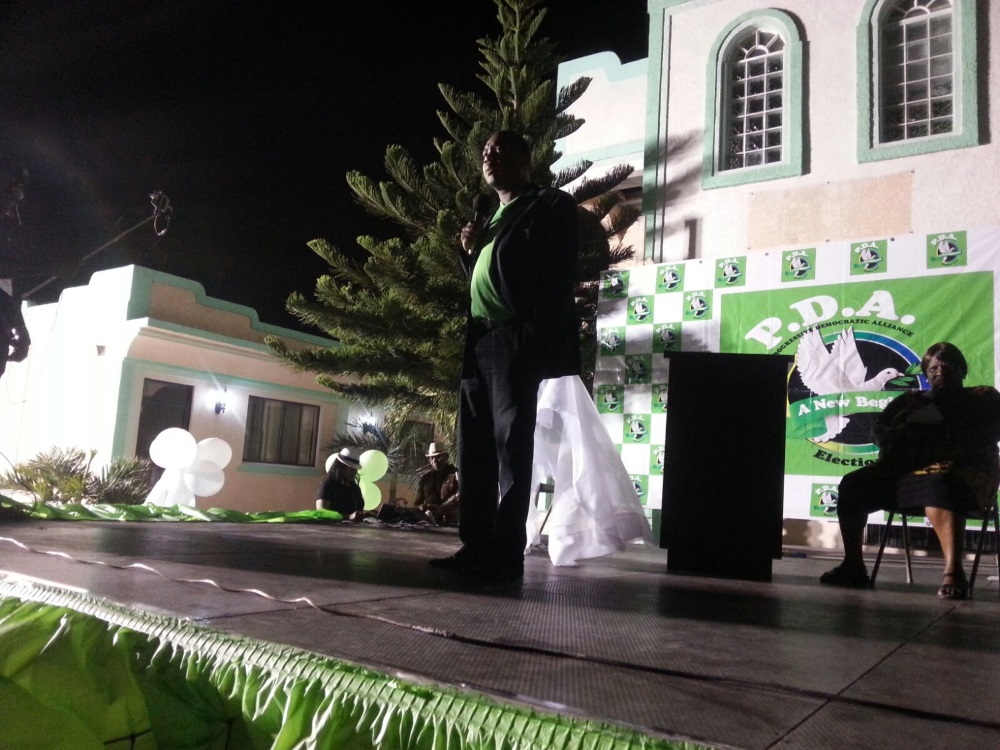 It was the party’s proposed representative for Grand Turk North, attorney Kwame Smith, who seemed to fire up the small but significant crowd which turned out at Sam’s Plaza on Wednesday night in Provo.

“We have all sorts of issues in the Turks and Caicos Islands, we have social issues the Government turn a blind eye to; infrastructural issues the government turned a blind eye to. They say that our economy is doing so well, but it is like the old people say – duck gat water to bathe in – they say they gat money inside the treasury, millions and millions of dollars – and chickens ain’t gat nothing to drink. Saving up all this money, they say to pay off loan when our people going home hungry, our people don’t have jobs.”

Smith pointed to the prices at the pumps for fuel. While many places in the United States are paying as little as 99 cents per gallon, in the TCI, the cost per gallon is from $4.60 cents up to over $6. Smith said no one is standing up for the consumer.

“For all of us who are taxi drivers and who have to drive our kids to school and going on our daily task, we have to go to the pump and pay – in Grand Turk its $6 a gallon, in Provo its $5; or five something a gallon. No vision! The Government has no vision to deal with these things, and under the PDA government all of that will change… are you ready for a change? Are you ready for a change?”

The PDA, which next heads to North Caicos for a Friday night rally there, has eight candidates; each political party can run as many as 15 nominees.