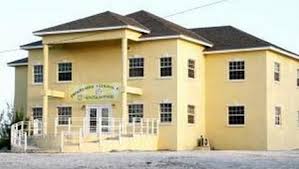 Providenciales, 11 Feb 2016 – A move in the Civil Recovery process led to a Supreme Court ruling in 2013 which saw the governing Progressive National Party’s headquarters confiscated by Government.

It was a most peculiar scenario and one which led to the PNP Administration asking for the former AG to be removed.

Today the limbo ends as PTV carried the Premier and PNP Party leader, Rufus Ewing just moments ago announcing that they’ve got their building; on airport road in Provo back.

It is an important victory for the PNP as the country nears a general election.

At the time of the judgement, it was said the PNP did not legally exist and so the party could not sue or be sued.

Simons believed the move was engineered to embarrass the PNP and told the TC Weekly news in 2013 that the accusations of trespassing and no proper title are false.

We wait now to hear more on the reported announcement.