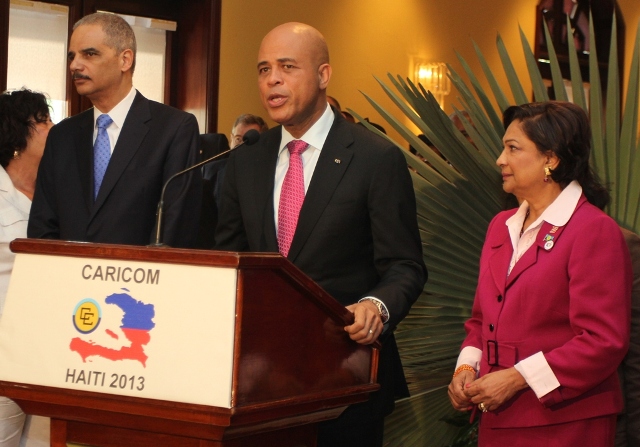 Providenciales, 06 Jan 2015 – US President Barack Obama says Gun Dealers MUST do background checks or face criminal prosecution. It is now US law, which begin to take effect immediately and can cost offenders a $250,000 fine.

Obama cried as he talked about the constitutional rights being infringed upon by those exacting gun violence on the innocent and unsuspecting. A lot of reference was made to the massacre of first graders at Sandy Hook Elementary school in Connecticut. The President announced that half a billion dollars is now allotted to expanding mental health services; the US president reminded that many dying to gun violence are not only attacking others but are committing suicide.

Better gun safety technology is coming; the President said maybe there’s an APP for that and added that, “If a child can’t open a bottle of aspirin, then they shouldn’t be able to fire a gun.” The private sector is to assist with these ground breaking, life-saving technologies. The US will also now beef up staff to process background checks and ATF staff to combat gun violence.

President Obama used executive action to establish these new initiatives and slammed Congress for blocking ‘common sense laws’. It is said 48% of Americans support mandatory background checks; 51% do not.

Obama says the move does not make it any harder for law abiding Americans to get guns, but he believes it will reduce the figure of 30,000 who are reportedly killed in the United States every year in gun violence.

One state reports a 30% decrease in gun deaths since instituting the law for mandatory checks.

CARICOM has for years now been calling on the United States to improve gun laws as guns into the region are sourced mainly from the USA.