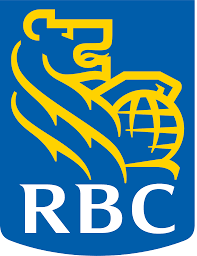 Providenciales, 06 Jan 2015 – Royal Bank of Canada, RBC is the bank the Government will go with to refinance that UK-backed bail-out loan of 2009. The Loan Refinancing Ordinance passed on December 17th and took effect the next day.

The new law lays out the who, the how, the how much and the how long among other things of the bridge loan refinancing which will do away with the UK guaranteed loan of $170 million dollars. It is outlined in the ordinance that the loan with RBC cannot exceed $28 million dollars, must be repaid at the end of three and a half years, at a rate initially of 1.2% and that it will be repaid in fourteen equal installments of two million dollars every ninety days.

It is explained that in order to keep that borrowing rate, the Turks and Caicos will have to maintain a BBB+ rating for at least the duration of the loan; if we lose ground there, it will cause a hike in the borrowing rate.

This also means that if the TCI secures a better credit rating, then the rate of the loan will decrease. Included in that ordinance is that the TCI can repay the RBC Loan early without penalty and that the first payment would be due ninety days after disbursement of the money.