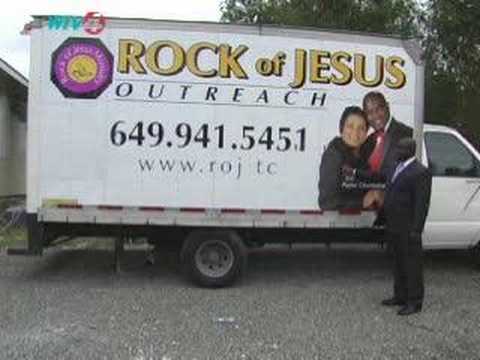 Providenciales, 06 Jan 2015 – Politicians, including the Premier and Deputy Leader of the Opposition PDM attended a special church service at the Rock of Jesus Ministries on Monday.

The Providenciales Ministerial Fellowship extended an invite to the country’s political leaders as a continuation of its work with the government, with particular focus on crime and curbing social ills.

To media, the Premier Hon Dr Rufus Ewing said he thought the move to meet to pray was a sensible one adding that he hopes countrymen will be optimistic and do their parts to improve the quality of life in the Turks and Caicos in 2016. Representing the People’s Democratic Movement, Deputy Leader, Hon Sean Astwood was at home in the Five Cays church which is in his district and added that prayer changes things.

Hon Astwood, who early last year was in a battle for his life due to health troubles, reminded media that the country is of the Christian faith and believes in calling on the Lord for help and support.

Astwood said there were not only prayers for them as leaders in Parliament, but for various departments of Government including Education and uniformed branches of law enforcement.