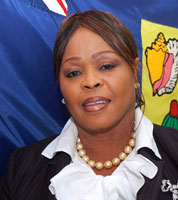 Providenciales, 06 Jan 2015 – It appears to be back to the drawing board for the government now that the House of Assembly has given Cabinet and the Governor more clout when it comes to determining building height changes.

A series of consultation meetings begin this week, initially in-house with Government workers and then the finale, a public meeting next Thursday at the Gus Lightbourne gym.

A recent court ruling determined the Governor, the Minister, the Cabinet and the Planning Department were all wrong in how they went about approving or aiming to approve a developer’s request for a taller resort along Grace Bay.

The Attorney General, Rhondalee Braithwaite Knowles will appeal that decision and the government will give it another go.

In a media release Monday it is explained that on January 7, the first meeting will take place and will include the Fire Department, DEMA, DDME, Planning, Crown Land Unit, Public Works Department and Immigration.

The second meeting on Monday January 11, will include the Hotel and Tourism Association and the Chamber of Commerce and a third meeting is arranged with architects, surveyors, engineers and real estate developers next Tuesday.

Quasi Government entities get their time too, named were the TCI Tourist Board, the National Trust, the Airports Authority and Civil Aviation scheduled for a week from Wednesday. The meetings are being hosted collaboratively by the Office of the Premier and the Ministry of Infrastructure, Housing and Planning. Government says the public gets its turn again on Thursday January 14, 2016 at the Gus Lightbourne Gym.

Representation in writing can also be made at buildingheightsconsultation2016@gov.tc.