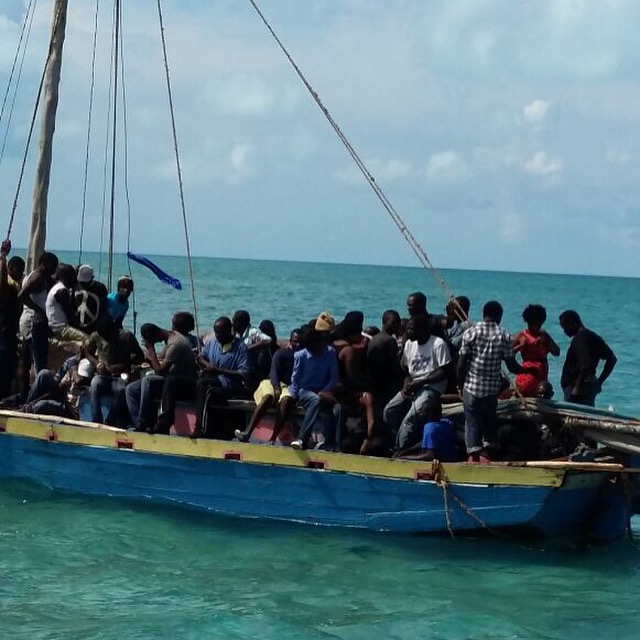 Providenciales, 04 Jan 2015 – Seventy eight Haitian migrants tried to break into the Turks and Caicos on New Year’s Eve but were stopped by the coastal radar and the Police and Immigration forces.

The 67 men, nine women and two children were taken into custody without incident according to the Police report and were to be returned home to Haiti over the weekend.

The group came in a wooden sloop around 3am Thursday; an imitation gun was reportedly found on the vessel which was hauled into South Dock.