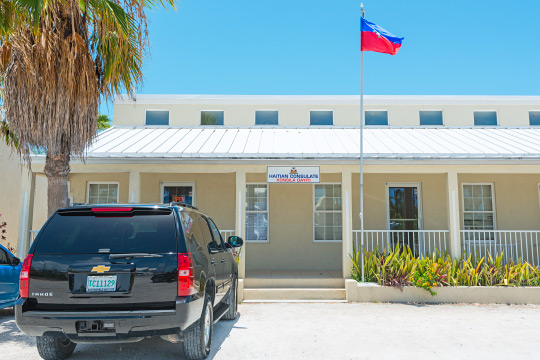 A contentious social media debate is always had about this time every year as there are so many views and opinions and suggestions and sides to the question of whether or not other nationalities resident in the TCI should publicly party with flags and motorcades and concerts and festivals on their nation’s public holidays.

The largest demonstration of this sort of ‘outside’ pride if you will, comes from the Haitian Diaspora, which today marks Haitian Flag Day.

With over 11,000 Haitians, not including Haitian-TC Islanders, resident within these islands according to 2012 Census; the turn-out is expected to be huge but will this year not include the controversial motorcade.

We spoke to an event organizer, Clara Lightbourne, who said the fun will unravel in one spot and that’s the Down Town Ball Park.

“This year we’re not taking the road for sure, this year we are having a more culture event from 4:30 to 7pm tonight, then later on the DJ will kick in.

We have bouncing castle for the kids, free face painting for the kids, we have tablets that we are giving away, we have envelopes that will be given to the persons who are dressed in the best flag outfit, we have food, we have griot, everybody’s favorite, pikliz, fry plantain, we have fry chicken, bake chicken, grill chicken, we have cassava, we have food and drinks on sale, we have a DJ that’s coming out of Haiti, we have a lot of culture things.

There will be a dance group that will be performing culture songs, kids are for $5 dollars and adults $10 dollars.”

Still to come this summer… two other large ex-patriot event, Bahamian and Jamaican Independence days in July and August respectively. An Independence Day festival for the Republica Dominicana, or the DR was shut down when held in February due to a lack of proper licensing.