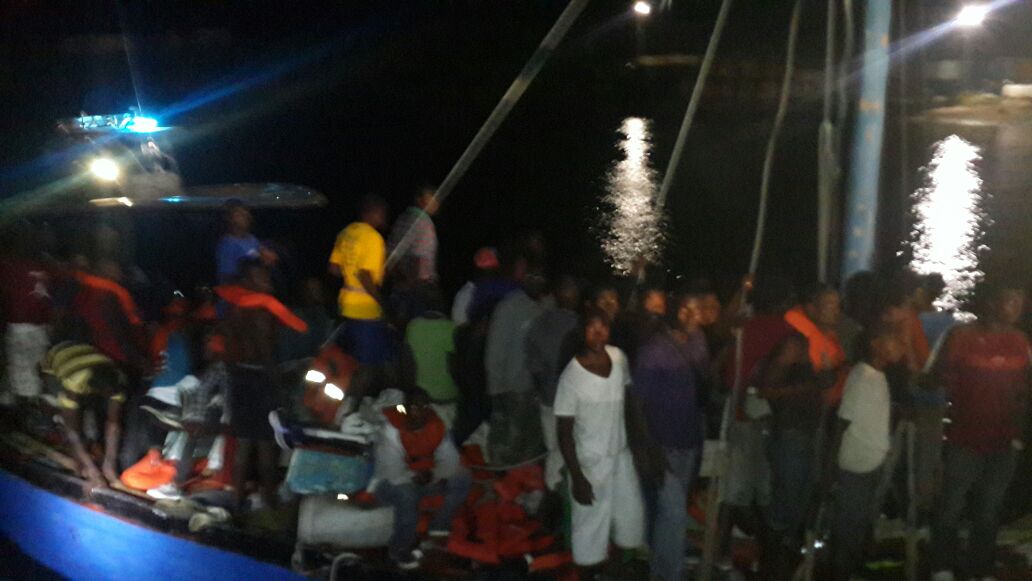 Providenciales, 18 Mar 2015 – Only 27 of the Haitian illegal migrants intercepted early yesterday morning remain in Turks and Caicos now; the other 88, including four 12 year old boys have been repatriated. The migrants tried to smuggle themselves in but were detected by the Coastal Radar and landed with the escort of Marine Police and Immigration Officers around 1:30am Tuesday. No incident at sea; all were brought into South Dock a group of 18 females and 97 males on board the wooden sloop. As many as three airlines fly to Haiti from Providenciales so swift repatriation of the illegals is relatively easy; though an expensive process. As for that landing at the Five Cays Beach in mid-February where only an old boat was found by officers and a nationwide manhunt was initiated by the Border Control Minister; there have been no captures. It had been strongly suggested that there was something other than human cargo on that vessel.