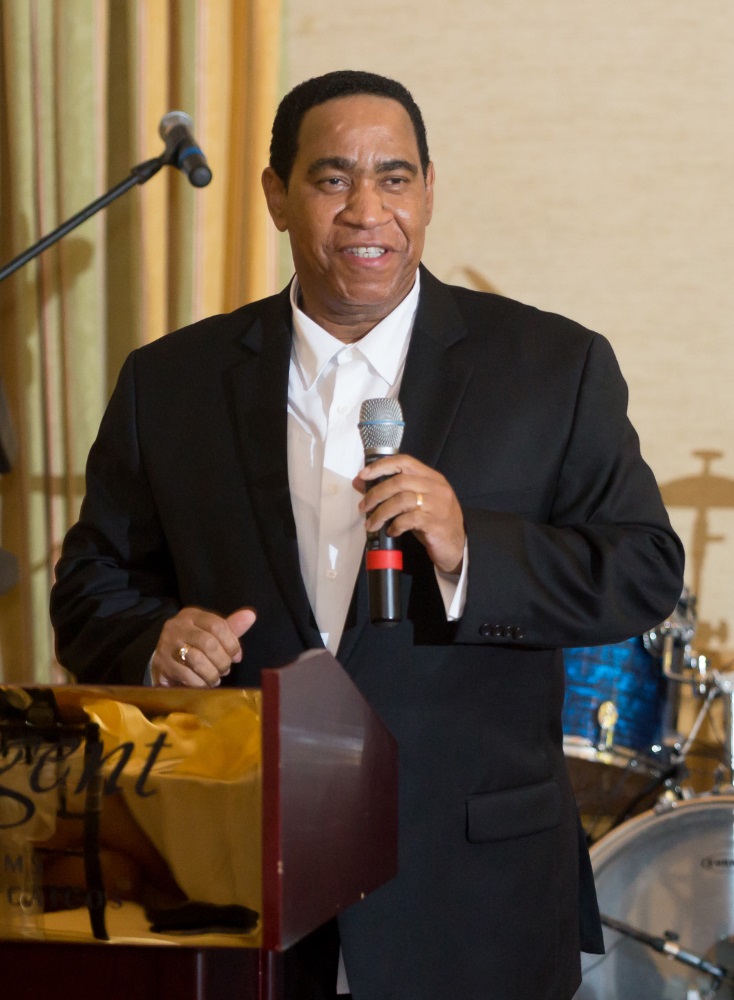 Providenciales, 22 Dec 2015 – Pioneers in the electricity industry of the Turks and Caicos were recognized by FortisTCI. Five former electricity professionals were remembered, namely: Claridge Wilson, Ernie Jackson, Wayne Douglas, the late Eric Seymour, who was represented by his wife Gladys Seymour and the late Ken Lighbourne, who was represented by his son Brian Lightbourne.

Seymour worked at the plant from 1969-2003 and was the country’s Electricity Commissioner and eventually Chief Engineer at the then, PPC. Lightbourne began as an operator in ‘89 and moved up to Distribution Superintendant and is credited as the first lineman to take safety so seriously; he died in 2002 while still with PPC. From 1992 to 2005, Claridge Wilson was with the company and played a major role in installing the caterpillar engines in Provo. Ernie Jackson joined in 1998 and is responsible for the Transmission and Distribution systems established throughout the TCI and is an engineer by trade. Wayne Douglas is credited for being a motivator and led the charge when it came to the installation and commissioning of Wartsila Engines.