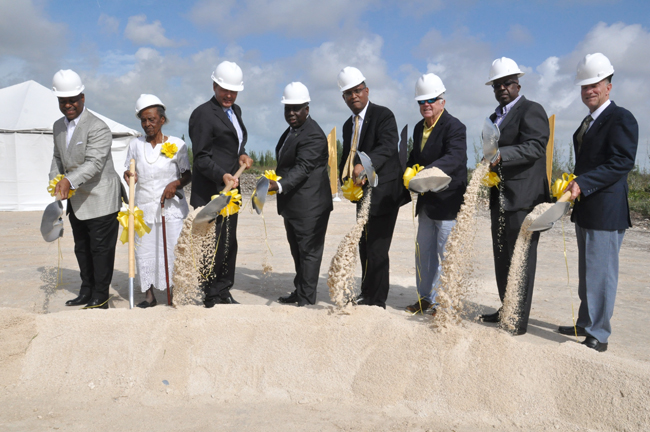 Providenciales, 22 Dec 2015 – Over twenty years following the call for the Fishing Hole Road in Freeport, Grand Bahama to get a bridge and Prime Minister, Perry Christie on Friday signed a contract for the work to begin.

People United to Make Progress, or PUMP was an activist organization led by former Senator Caleb Outten which called for West Grand Bahama, the country’s largest constituency, to be linked to Freeport with a roadway which could withstand the storm surges and the often high rising tides of the Hawksbill Creek.

Outten was even arrested for his agitation for the bridge which was ignored by both leading political parties for two decades. But on Friday, All Bahamas Construction was announced as the company awarded the $6.5 million dollar contract for work to be done by January 2017.

In recent years, at least two people died in waters rushing over the Fishing Hole Road; PM Christie acknowledged Bobby Tinker, an electrician, who was swept away while attempting to cross the causeway to get home to his family during the storm.

During it hay day, PUMP pegged the cost of the bridge at $1.5 million.