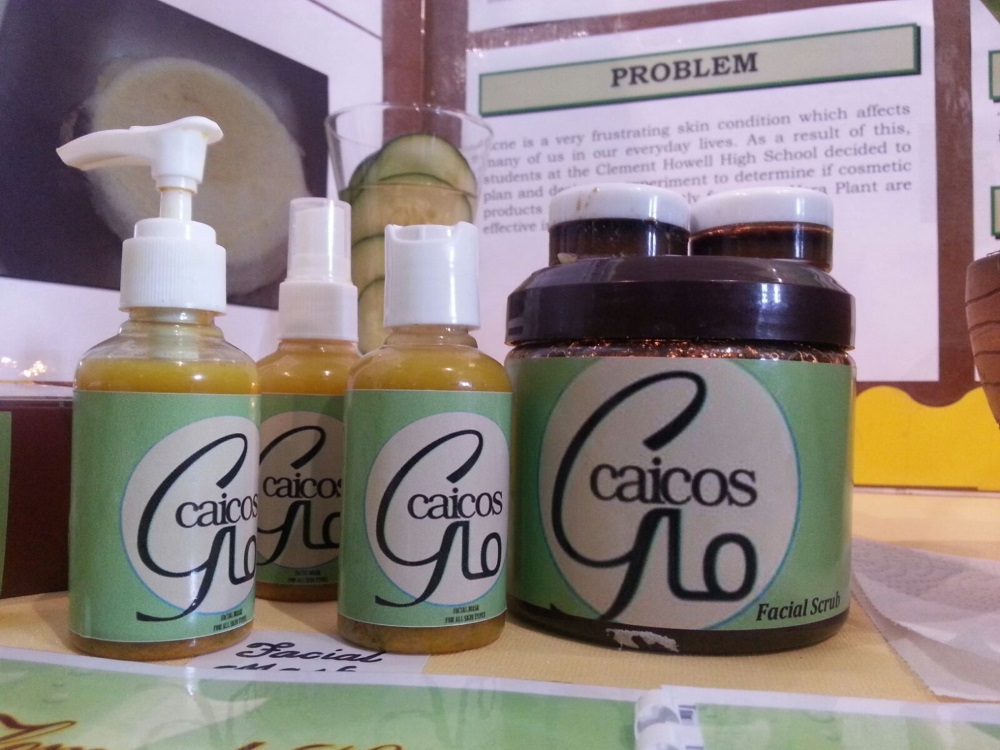 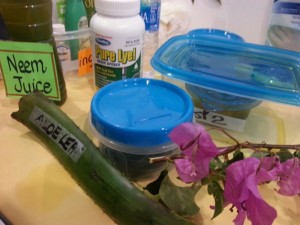 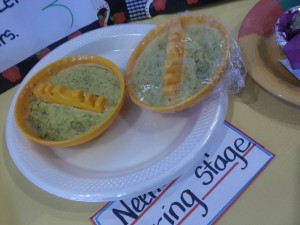 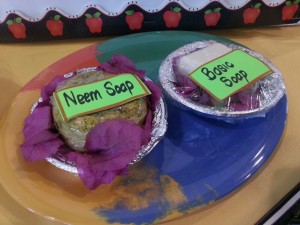 Providenciales, 04 Feb 2016 – The reviews were all the rave for the 15 schools which participated in the 7th Annual Ministry of Education Science Fair sponsored by FortisTCI. Holy Family Academy entered in both the high school and primary school divisions and is always an impressive candidate in the show; this year the high school collected aluminum cans, melted them down and created jewelry, accessories and art.

Dr. Malcolm was wowed. “Okay we have so much waste on the side of the road, I believe we should start collecting our cans and take them to Holy Family Academy so that they canuse it and probably sell this grat product; I like what you did with the glitter.”

Finally, at least in recent years, a robot.

Maranatha Academy did not just present any old robot, theirs, called an Eco-droid would collect garbage and pointed to the future for keeping the TCI clean.

“The basic concept is that it will be autonomously controlled by an ultrasonic sensor that senses whatever is in front of it and with the arm attached would be able to pick it up and carry it to the nearest garbage via a GPS system.”

Beauty was top of mind for Clement Howell High and Community Christian Academy, both schools used a common plant to create the answer to acne, blemishes and younger, healthier skin.

“The Neem soap we have here can do many things, it helps acne by tightening the skin and making the pores smaller and can stop blemishes. If you turn it into gel, you can rub it on your skin.”

And as for best use of food… it had to be the primary schoolers of Oseta Jolly; forget about having to dispose of cups and plates after a party, you can now just eat them because of this group, they can be made of JELLO.

“Because we used gelatin, gelatin does not have a flavor but after it is refrigerated and is in water it gets just hard and it helps things to stand up. We used the JELLO for it to have flavor, and for it to smell nice.”

Spicy food is good, not just to the taste for so many… but now for the heart and it even cuts fat according to the International School.

“If you eat more spicy food, you get a process called thermogenesis which makes your cells hotter and burns energy, then you can lose weight and you can reduce the chance of getting a heart attack or stroke.”

A water quality test from HJ Robinson High, a recycling of sewer water by Precious Treasures, an experiment to test the potency of every day liquids by Enid Capron, how sea water can be used as energy by both Raymond Gardiner High and TCIPS and a propane and electricity free stove, just in time for hurricane season by Marjorie Basden High were among the contenders at the Science Fair which was held at the Gus Lightbourne Gym on Thursday; it is one of the finale highlights of Education Week in the country.