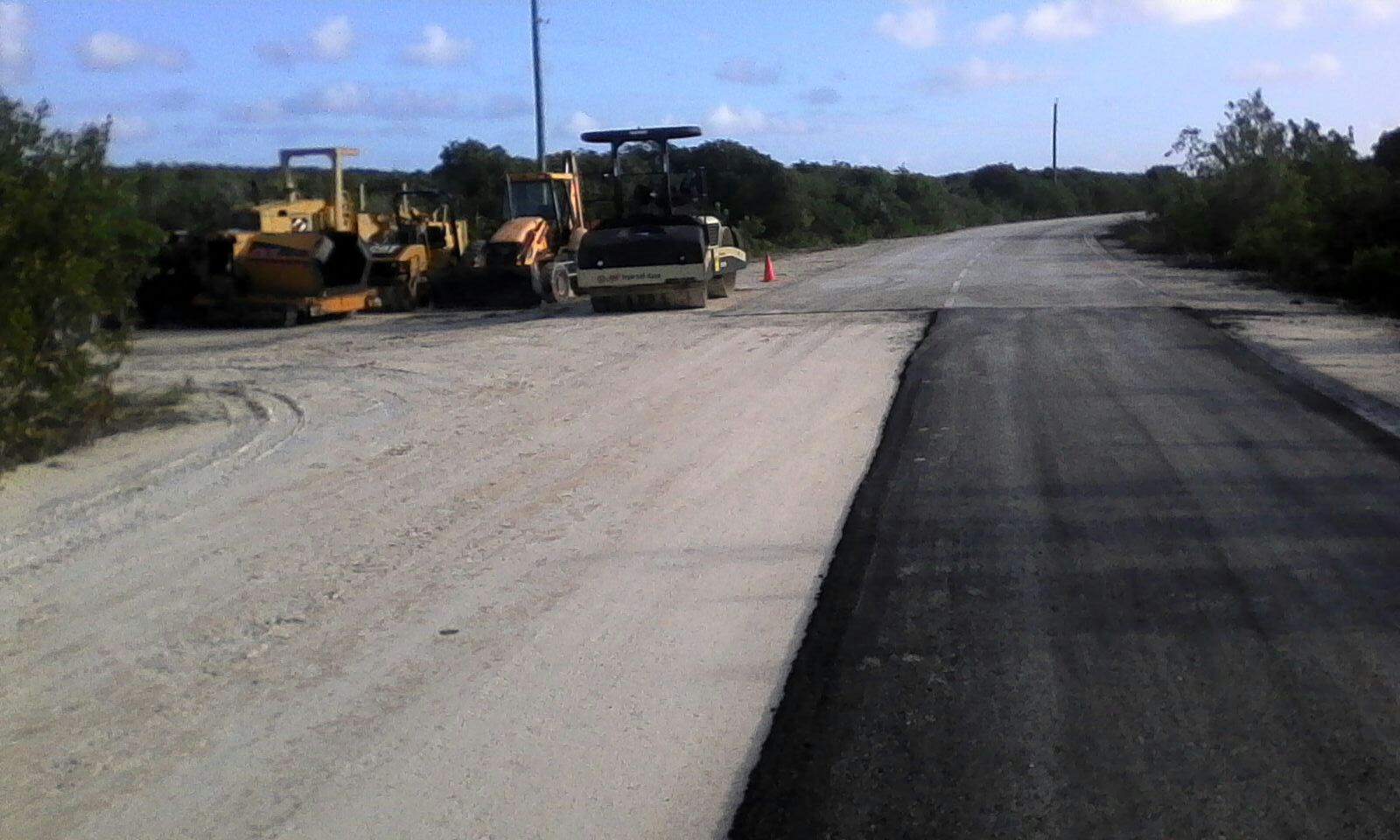 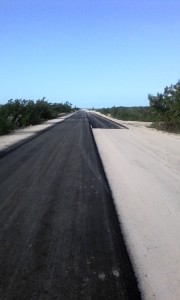 Providenciales, 22 Dec 2015 – The one mile link between North and Middle Caicos is closer to completion as just before the Christmas season the paving with bituminous asphalt started by winning contractor, JACA TCI. JACA TCI won the bid at $2 million 645 thousand 107 dollars and 91 cents for the six month job.

Photographs were this weekend shared with Magnetic Media revealing the progress of the work on the stretch which was battered in 2008’s Hurricane Hanna and which connects the country’s two largest islands.

This second phase on the causeway also required concrete culverts to be put in; these were touted to be better engineering and better for the environment but residents say ‘not so.’ In fact, October’s Hurricane Joaquin exposed that this feature did nothing to circumvent rising flood waters.

Flooding at the causeway made the roadway impassable and was several feet high despite the new features. Residents of Middle Caicos told Magnetic Media that the causeway is not higher and they remain very concerned that despite millions of dollars invested, they can still be cut off from the rest of the country during a dangerous storm; they are also concerned that the bituminous roadway is not durable enough.

Online it is explained that bituminous surfaces are ideal for low impact roadways.

The causeway which suffered delays due to the recent floods is about 20% done with the paving, we understand.

The work on this phase two began in June and was due to be completed by December according to Minister Amanda Misick, so the project is behind schedule.