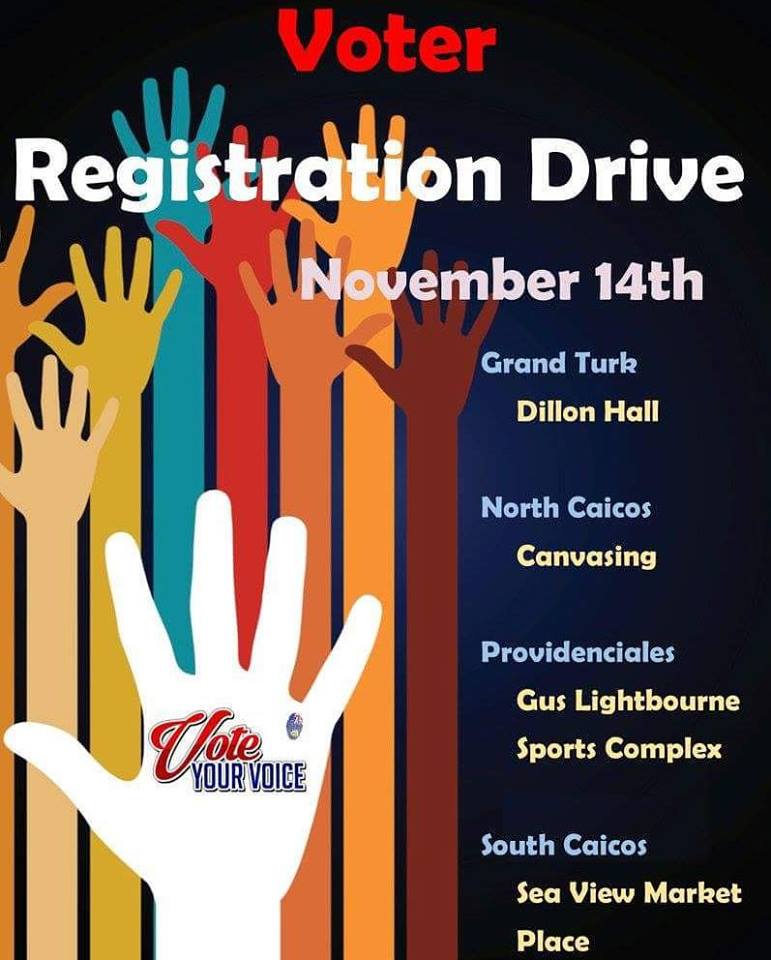 Providenciales, 09 Nov 2015 – A voter registration drive has been launched in the Turks and Caicos as the November 30th deadline approaches.

The campaign – Vote your Voice – is launched and calls for new, change of address and unregistered voters to turn out at four sites around the country namely at the Gus Lightbourne Gym in Provo; at Dillon Hall in Grand Turk; in South Caicos at Sea View Marketplace and in North Caicos the mission will be mobile; all of these efforts are set for November 14th.

Anyone who wants to vote in the 2016 General Elections must register by month end, and Sabrina Isaac has been making media rounds with the campaign to get registered.