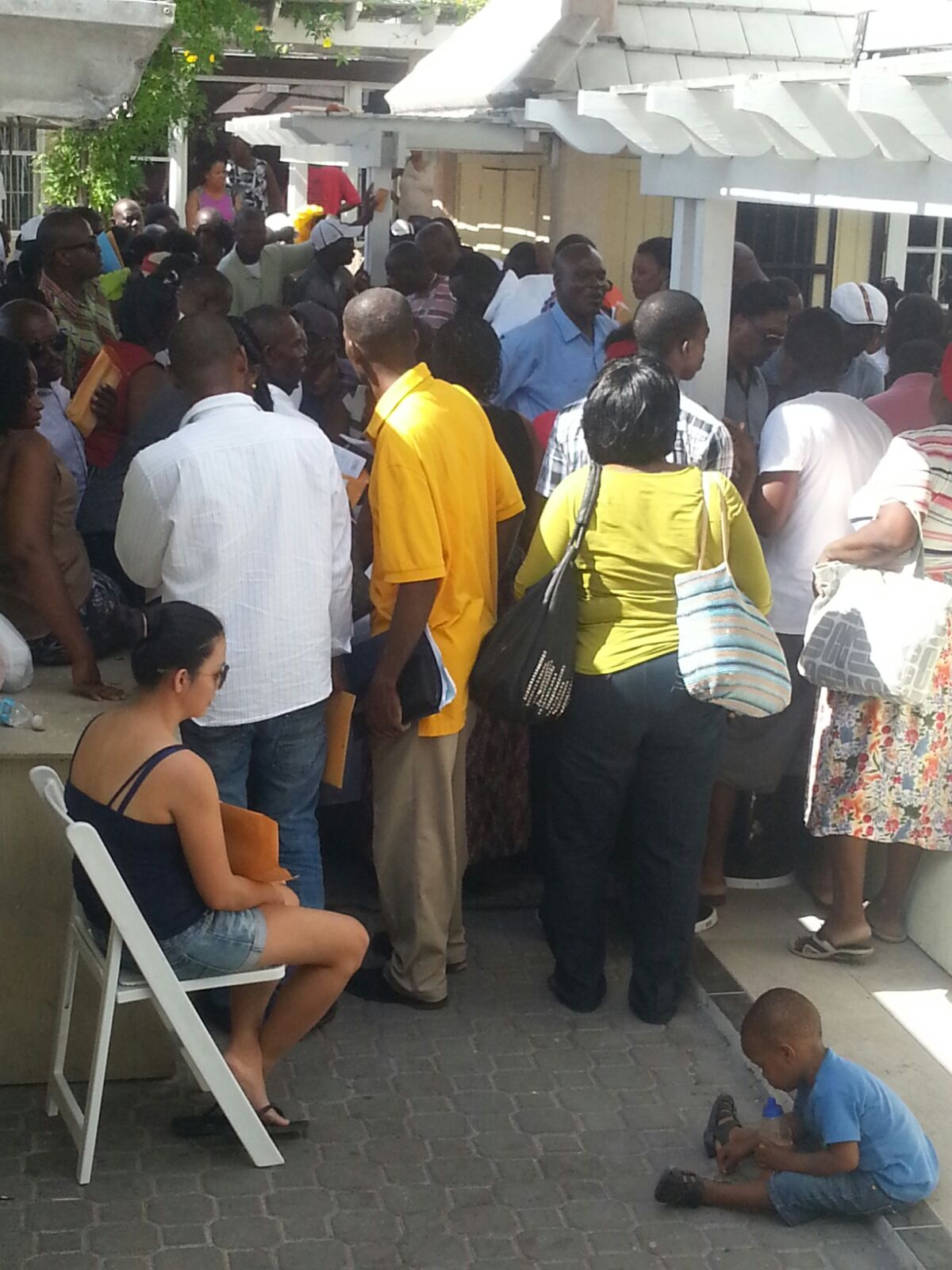 Providenciales, 24 Nov 2015 – The Elections Office has confirmed that so called voter registration drives are not authorized by the elections office and are actually not registering voters, only assisting with applications.

Dudley Lewis is the Elections Supervisor and advised Magnetic Media that he was not made aware of the campaigns.

Lewis also said his office will issue statement to clarify to the public the role of the various groups assisting applicants. When asked, Lewis explained he does not have the manpower to run outside voter drives; all of his notices call potential voters to the elections offices for that reason.

It was also confirmed that one does not have to appear in person to register. The process calls for the application to be completed and signed by the applicant. The information is cross checked with Border Control to determine Belonger Status and ultimately approved by the Supervisor to be added to the next elector’s list which will be published end of January.

Traffic at the Elections Offices has surged significantly. Lewis was pleased yet concerned at the turnout at the ‘voter registration drives’. The various groups assisting with applications are collecting the information to be turned into the Elections Office.

However some are concerned that a “minority group has been targeted” by one political party and their applications for Belonger Status and Voter Registration are being collected by that group. There is concern that the information is becoming a database of who wants to become a TCI citizen among the vulnerable Haitian population.

Magnetic Media has been in touch with the Integrity Commission. We await reply.

In the meantime it is stated by Dudley Lewis that no one filling forms in at the so called drives should believe they are automatically registered to vote because they are not.