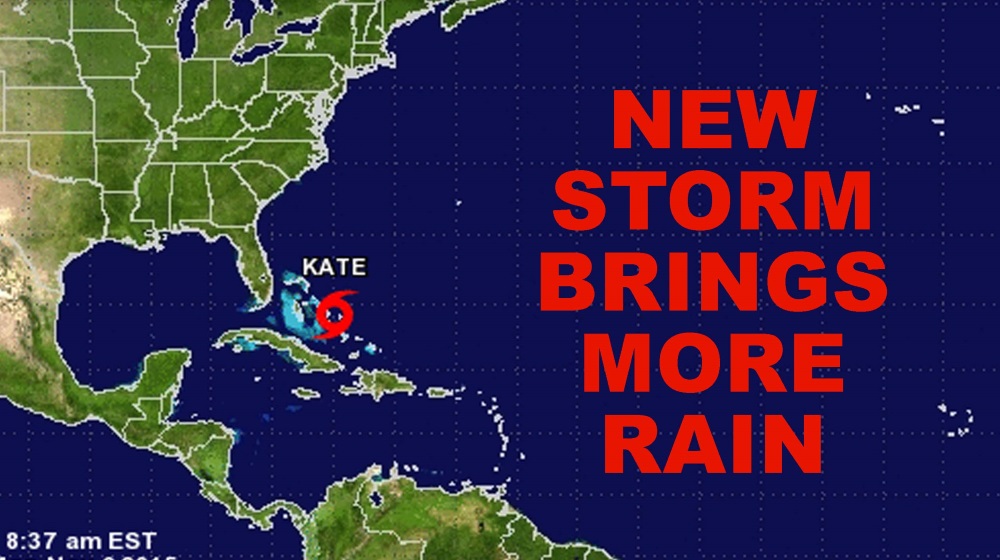 Providenciales, 09 Nov 2015 – Most recent reports reveal that Tropical Storm Kate this morning formed near The Bahamas chain of islands and the central and northwest of the country is under Tropical Storm warning.

In the Turks and Caicos, updates on radio, on Facebook and text messages began to go out around noon yesterday when the Department of Disaster Management and Emergencies or DDME got word of another developing storm system – which up to news production time was poised to gain momentum and become a tropical depression or tropical storm.

The Turks and Caicos and the Southern Bahamas are still recuperating from the rains and winds and surges of category four Hurricane Joaquin so this news is anything but welcomed.

Gusty winds and heavy showers are forecast with the new system which on Friday showed a low chance for development; that has since changed drastically according to the Bahamas Department of Meteorology.