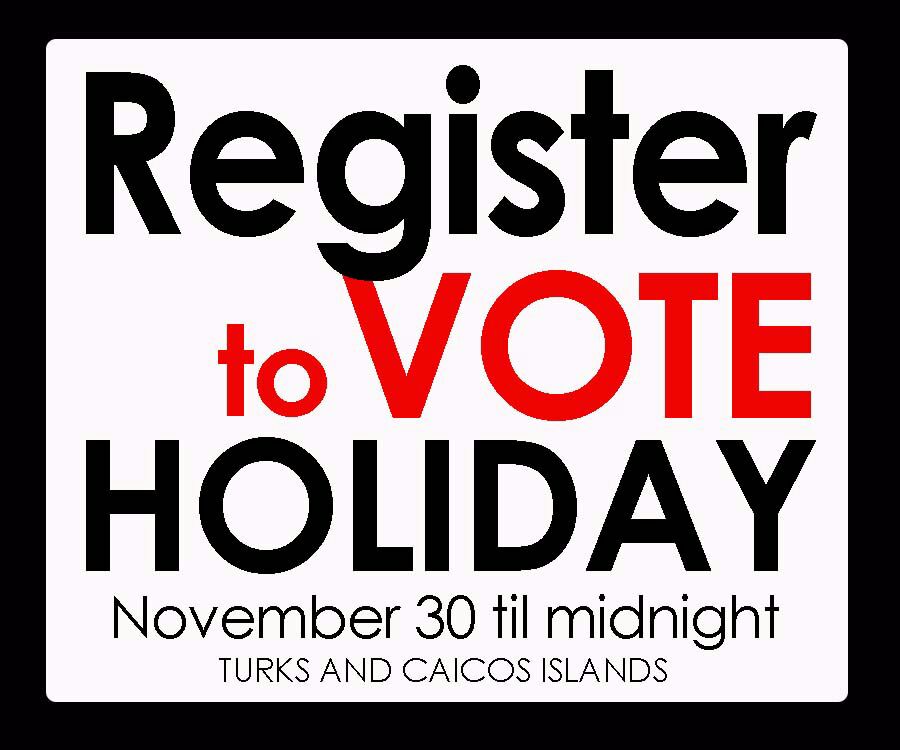 Providenciales, 30 Nov 2015 – By midnight, the Elections Supervisor is hoping that he will have at least 2,000 new voters’ applications as it is just hours now before the voter registration process closes.

Magnetic Media spoke today with Dudley Lewis, who said there was strong traffic at offices in Provo and Grand Turk which will both go until midnight with the registration process… and the family islands are also progressing well but residents’ opportunity to register ended with the close of the District Commissioner’s offices today.

There had been some independent groups having applications completed for those wanting to register to vote; we asked Mr. Lewis if he had received any of those forms as yet, up to news production time, he said he had not yet received those.

It was also said the age and sex of voters is varied; younger and older, males and females are all coming in to shore up their eligibility to determine the next government of the TCI in 2016.

As for whether or not voter registration continues beyond today; Lewis said yes, it is ongoing but those who want to make the January and March Elector’s Lists must register today.