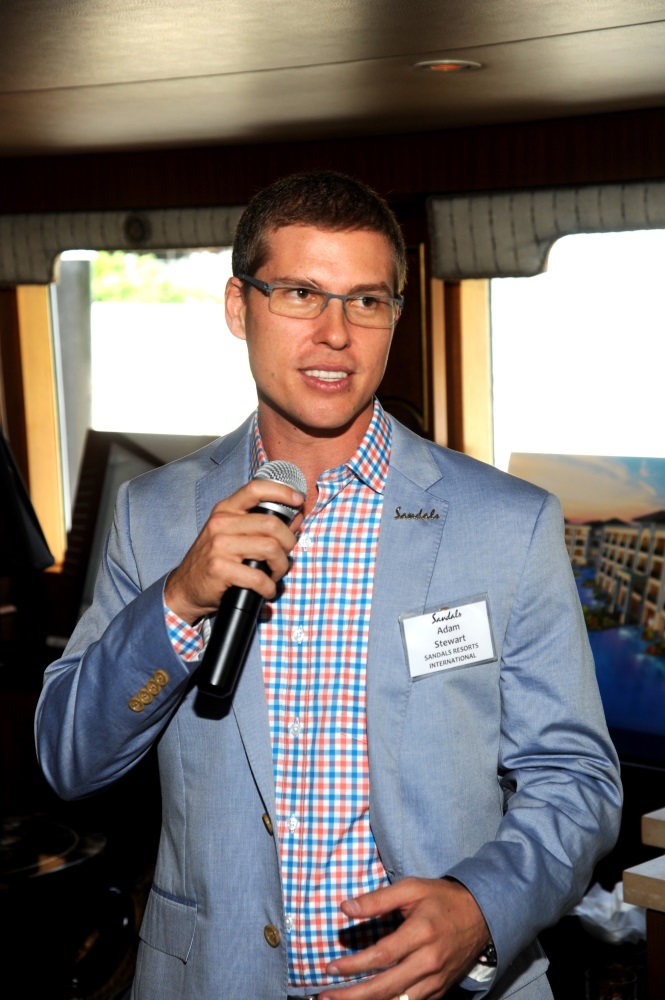 In its 21st year, the International Caribbean World Travel & Living Awards have become the Oscars of the Caribbean, recognising excellence in Travel, Tourism and Real Estate throughout the region and is voted for by the magazine and its readers with special awards given by the magazine at its discretion. Previous years’ guests of honour include HRH Princess Katarina,
Sir Trevor McDonald OBE and Hollywood film producer Michael Winner.

“Being recognised by such an illustrious title such as Caribbean World and its readers is a tremendous honour for my team and I. At Sandals, we work hard to be the best, to be different and for people outside of our company to not just notice it but commend it is both deeply humbling and satisfying. We will we use this award, and others like it, as our inspiration to continue to set the bar for hospitality in the Caribbean and beyond.”

After almost a decade of Stewart’s stewardship, Sandals continues to follow a trajectory of exhilarating growth that has been marked with new resorts, new islands as well as industry changing innovation and development. Stewart’s leadership has transformed the all-inclusive concept to Luxury Included® resorts that offer guests levels of exclusivity never seen before. Aside from Stewart’s personal triumphs, it caps an extraordinary month that saw the company being named the World’s Leading Luxury All-Inclusive brand at the World Travel Awards last month. The company collected 17 awards in addition to receiving the notable recognition of Caribbean’s Leading Hotel Brand for the 22nd consecutive year.

The company has exciting plans afoot with 10 breath-taking new developments in the pipeline including new resorts and the entry into new territories in the Caribbean.