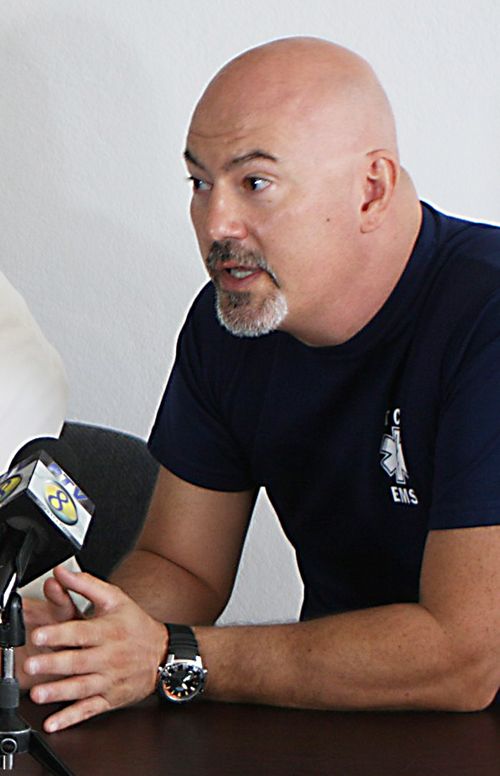 Providenciales, 16 Nov 2015 – Today Patrick Riel and his wife got a lucky break according to some as the court determined that they were only guilty of overstaying in the Turks and Caicos.

It had been widely talked about that Riel was trying to start up an air ambulance company in the country but failed due to a denial by TCIG for the requisite permissions. It was believed Riel was working without a permit.

Riel was fined $1,000 and his wife, $500 and the pair with their children have to be out of the country and en route to Canada by Wednesday.

Nearly two weeks ago, Patrick Riel was arrested and jailed for overstaying and allegedly working illegally in the TCI but a call saw the former EMS consultant with the government, released.

Magnetic Media was told Riel has been enjoying a lot of preferential pardons for his alleged illegal behavior including the final charge against him.

John Masters is the Director of Public Prosecutions and said if Riel and his wife fail to do what the court has required of them, they will be re-arrested.

Both Patrick Riel and his wife, Jacqueline Nicole Bassard entered a guilty plea in the court of Magistrate Clifton Warner.