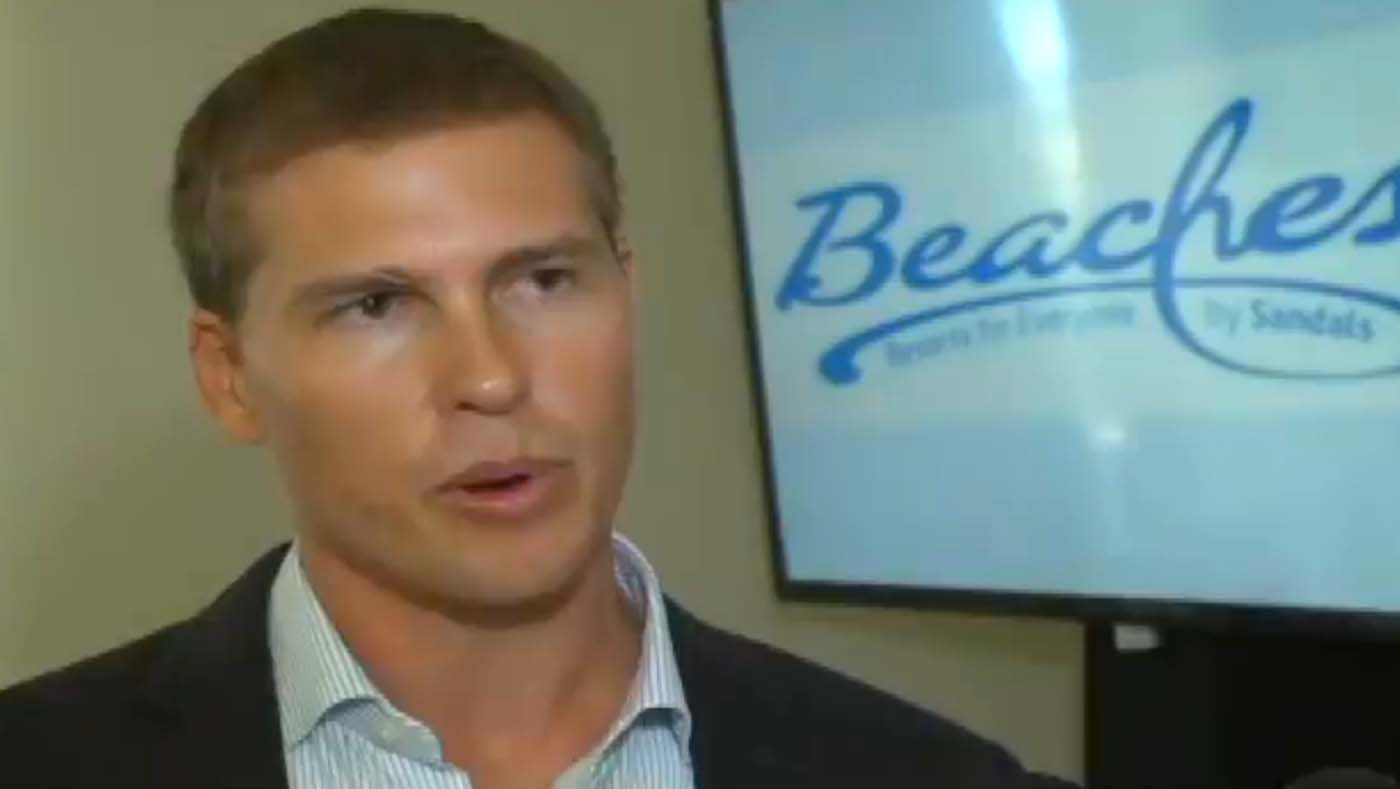 Providenciales, 17 Aug 2015 – Beaches Resort Villages and Spa needs more staff for its TCI resort property and while the CEO, Adam Stewart during the launch of the local ‘I am Sandals’ campaign did not give exact numbers, we are talking hundreds of workers but Stewart said in the Turks and Caicos, it is very hard to find what they need in country for the international full service resort the conglomerate has created.

This is not an uncommon cry, though it is an unpopular one… but Stewart pointed out that in many other jurisdictions, they are able to fill their resorts almost completely with indigenous peoples; he said this is the case for resorts in countries like Jamaica, St Lucia and The Bahamas.

“The question to ask is not the number of permits; the question is what would you need the work permits for. You have French restaurants here, you have Italian restaurants here – the Executive Chefs of those restaurants the authenticity or international product we deliver. Nobody can take away the Turks Islander ability to deal with conch and the fish that you guys prepare in your country; you can’t take away the authenticity of a French chef, of an Italian chef, of a Japanese chef in those specialty restaurants. If you look at the track record of our organization, the leadership in St Lucia – 98% of that business is run by St. Lucians, three General Managers are St Lucian’s because the labour force is available. You come home to Jamaica, it is the same thing so the specialty skills that are taken up in there. In The Bahamas, in Nassau we are given 10% work permits for the hotel itself, the hotel in the Bahamas runs 96% Bahamian.”

Stewart said TCI labour laws are antiquated, but said Sandals Resorts International is encouraged by the government’s moves to modernise them.

“…Mechanics! We have been working very closely with the Government and we are encouraged by what we have been seeing. Up until this point, the hotel has been operating with what I would describe as outdated labour protocols; the labour protocols that we operate today are the same labour protocols we came here and saw in the 1990s, but yet the world has changed and the business has become substantially bigger from 68 to 1950 employees.”

Turks and Caicos Islanders make up 54% of the workers at the 770 room resort.