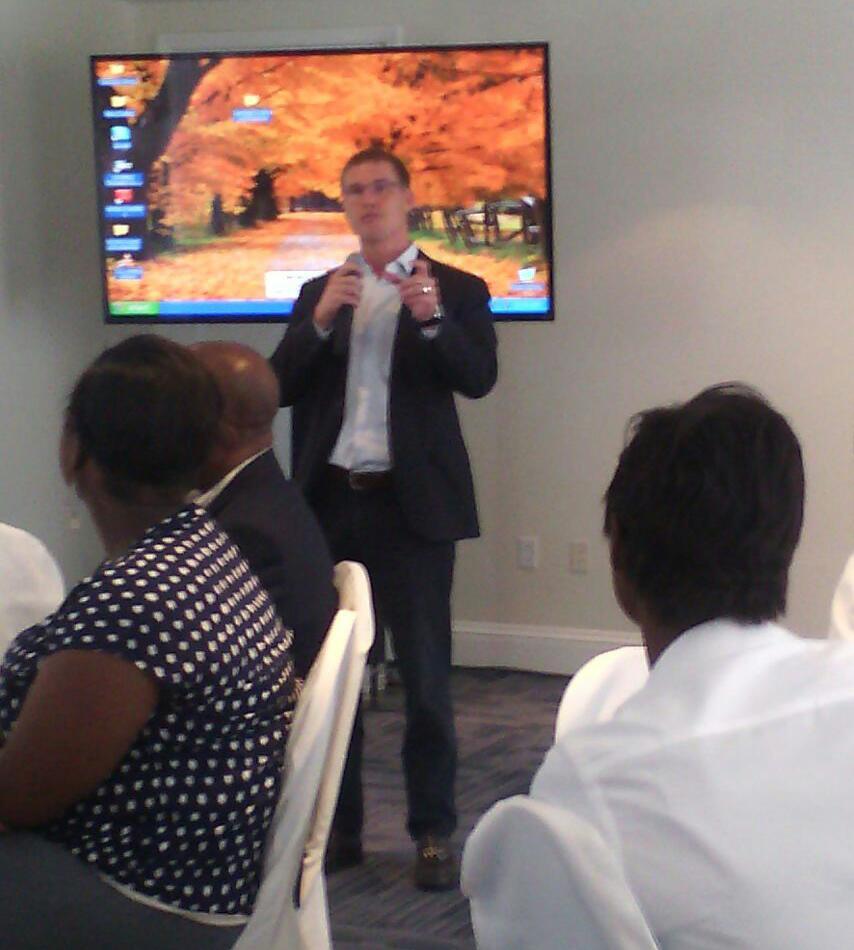 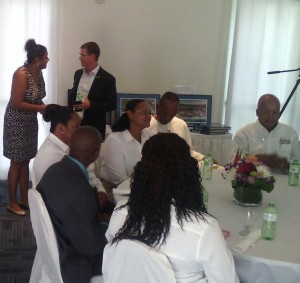 Providenciales, 13 Aug 2015 – Beaches Resort Villages and Spa is celebrating twenty years in the Turks and Caicos, and today CEO of Sandals, Adam Stewart was in country. Stewart, at the Key West Village, this morning launched the “I am Sandals” video campaign.

The video testimonials showcase employees who talked about how the company has promoted their growth and development in the hospitality industry.

CEO Adam Stewart told the crowd, which included media, hospitality executives, taxi drivers and agriculture businessmen; “You can’t deny the vision,” speaking about the company’s impact in the country since starting as Royal Bay Hotel in 1995. Since then, Beaches has grown from 68 to 1,900 employees; 53% are locals, 35% of those are said to be in managerial positions. Beaches Resort is the largest private employer in the Turks and Caicos and the largest private tax payer.

Stewart revealed that the company contributes over $104 million dollars to the TCI economy.

The new campaign also aims to show how Beaches impacts the community through work with taxi drivers and the Cultural Market.