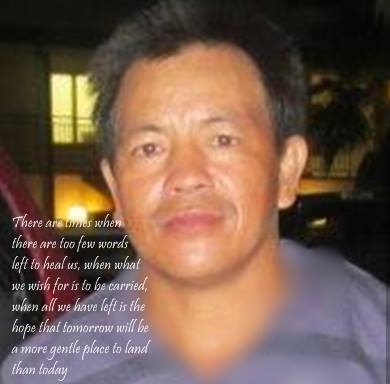 Providenciales, 31 Dec 2015 – Police are still working the fatal stabbing of Sunday night where 46-year old Bobby Lubante of the Philippines was killed when someone attacked him at home.

Police issued a statement the day after the horrifying incident at Bryant Cox Apartments in Five Cays, but have been relatively silent since; saying then that they have had some information but that they need more.

Meanwhile the Filipino Community has been delicately trying to handle the news of the violent death, especially to Lubante’s family back home.

Marlon Gripa, who was injured, treated and released from the Cheshire Hall Medical Center shared the apartment unit with Lubante; both men work for Bishop Cox.