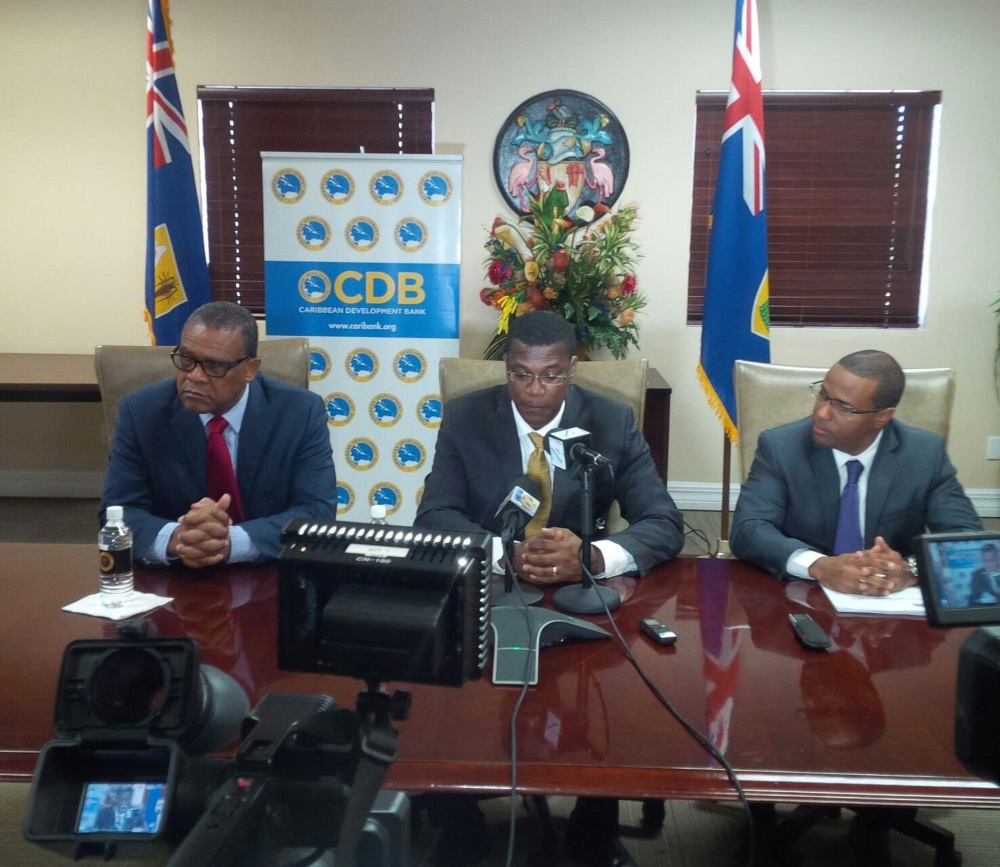 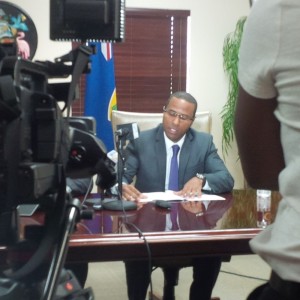 Providenciales, 06 Nov 2015 – Five months of consultation in the TCI has led to a ‘Country Strategy Paper’ being produced by the Caribbean Development Bank and that document has already been approved by Parliament; it will bring over $100 million dollars to these islands over four years.

According to Dr. Justin Ram, the CDB’s Director, the CSP charts a course for development in the territory until 2018.

On Thursday at the Office of the Premier it was revealed that a number of stresses financially including the global financial crisis and two natural disasters caused the country’s economy to contract by nearly 20%; but he hailed the bounce back as remarkable.

Dr. Ram, flanked by Premier Rufus Ewing and Finance Minister Washington Misick shared what the $100 million will be used for: “One, macroeconomic policy and development planning; enhancing the infrastructure of TCI; three, access to finance and provision of business development services; four, the enhancement of education and five, environmental sustainability.”