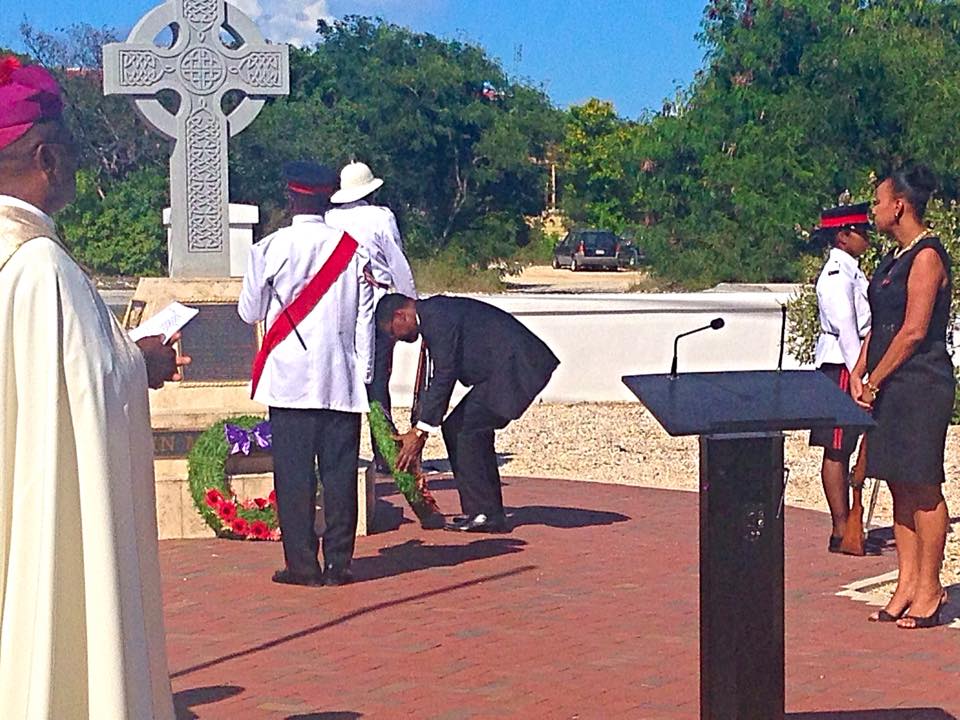 Providenciales, 06 Nov 2015 – This weekend war veterans will be remembered in a series of services to be held around the world, including right here in the TCI. Governor Peter Beckingham, will on Sunday place a wreath at the War Memorial in Grand Turk, while Deputy Governor Anya Williams will lay the wreath here in Provo.

In Grand Turk, the remembrance of the Allied, Commonwealth and British personnel who fought in the two world wars of the 20th Century and in subsequent conflicts will be paid homage at the 9:45am service at the St Mary’s Pro Cathedral on Front Street in the capital; a similar commemoration will take place at the St. Monica’s Anglican church at 12:30pm in Providenciales – both on Sunday November 8th.

Also joining the wreath laying will be, the Hon. Premier; the Leader of the Opposition; TCI Ex-Services Legion; the Commissioner of Police; TCIG Medical Department; the Scouts, Guides and Brownies; Rotary International; Soroptimists International and the Red Cross.

His Excellency Beckingham said: “I look forward to attending again the Remembrance Service in Grand Turk, which is always one of the most moving and solemn occasions, and an opportunity to remind ourselves of the sacrifices of others.”