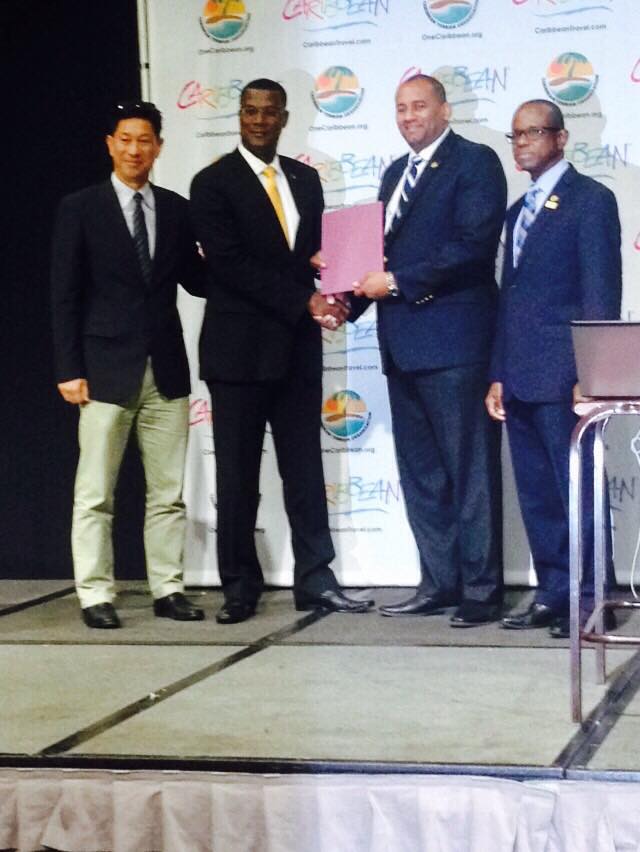 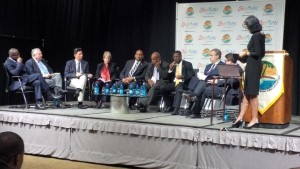 Providenciales, 26 Oct 2015 – Premier Rufus Ewing has been named a ‘Tourism Champion’ and was last week awarded for it by the Caribbean Tourism Organization, CTO.

During the annual State of the Industry conference Premier Ewing received the commendation and was also featured in a panel discussion, ‘What Our Leaders Say’. The award was done in conjunction with the World Tourism Organization of the United Nations and the World Travel and Tourism Council which salute country leaders for promoting travel and tourism as ‘a driver of socioeconomic growth and development’.

“State of the Industry was this year held in Curacao and the presentation was made to Hon Dr. Rufus Ewing by Barbados Tourism Minister, Richard Sealy – who is also Chairman of the CTO and President of the Caribbean Hotel and Tourism Association, Emil Lee.